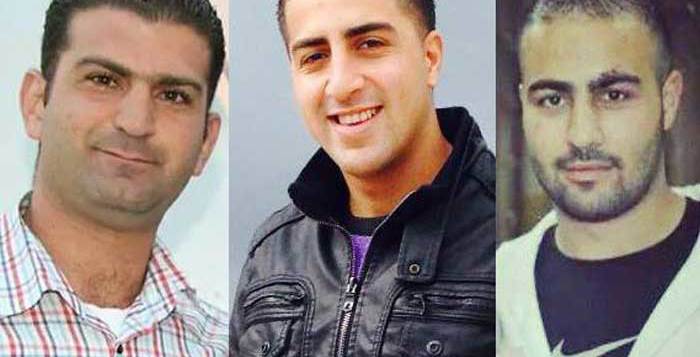 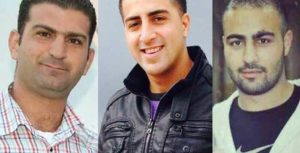 Daoud al-Ghoul, Majd Darwish, and Saleh Dirbas, three young Palestinian Jerusalemites, have been deported by the Israeli occupation from their home city of Jerusalem for five months, beginning on 30 November 2014 and ending 30 April 2015. Ghoul, 31, Darwish, 24, and Dirbas, 23, are all former political prisoners, and face imprisonment if any of them violate the order against visiting the city of their birth and their homes. No reason has been given for this arbitrary and unjust order.

The three young men are prominent social activists and community workers. Al-Ghoul, the coordinator of youth programs for the Health Work Committees in Jerusalem and of the Kanaan Network of Palestinian civil society organizations, recently presented at the European Parliament in Brussels on 17 November on the increasingly repressive situation in occupied Jerusalem. He also spoke before an audience at ABP and Intal in Brussels on the crisis in Jerusalem. Take action to call on the European Union to pressure Israel to cancel this order and to end the EU-Israel Association Agreement.

Addameer Prisoner Support and Human Rights Association noted that this action “is part of the collective political, ethnic and spatial cleansing policy being implemented against the Palestinian citizens of Jerusalem, and a link in the chain of racist decisions, laws and procedures, particularly the policy of home demolitions and large-scale administrative detention against Jerusalemites, and the adoption of deportation orders that violate the Fourth Geneva Convention and multiple international agreements and its obligations under the United Nations charter.”

The Fourth Geneva Convention prohibits individual or collective transfer of persons under occupation from one area of occupied territory to another. This forced expulsion comes following the stripping of Jerusalem ID’s of elected Palestinian Legislative Council members Mohammad Abu Tir, Ahmad Atoun, Mohammed Totah and Khaled Abu Arafah; as well as the stripping of the Jerusalem residency of Nadia Abu Jamal, the widow of Ghassan Abu Jamal. This comes also shortly following the statement of occupation prime minister Benjamin Netanyahu that it plans to seek powers to strip Palestinians who hold Israeli citizenship and Palestinians with Jerusalem ID of their citizenship and residency rights if they or their relatives participate in resistance to the occupation.

The expulsion of Daoud al-Ghoul, Majd Darwish, and Saleh Dirbas must be stopped! TAKE ACTION to defend the rights of these three young community leaders, and the rights of Palestinians in Jerusalem:

1. Citoyens Solidaires in Belgium has launched a petition in French to EU officials, demanding they take action to pressure Israel to cancel the expulsion order. Click here to sign on

2. Demand an end to the EU-Israel Association Agreement. Join over 300 civil society organizations and trade unions to demand “No Association with Occupation!”: http://freepalestine.eu/

3. Send the letter to the EU officials and call upon them to take action to ensure the revocation of the deportation order and impose sanctions on Israel, including the cancellation of the EU-Israel Association Agreement