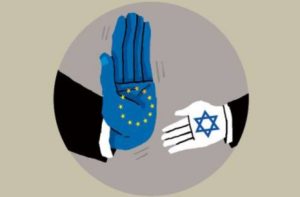 The European Coordination of Committees and Associations for Palestine (ECCP) – a network of 50 European committees, organizations, NGOs and international solidarity movements from 20 European countries, dedicated to the struggle of the Palestinian people for freedom, justice and equality – urges you to intervene with the Israeli authorities to immediately halt the escalating Israeli attack on Gaza.

At least 80 people, including 8 children, have reportedly been killed and more than 600 wounded, the majority of which are civilians, as a result of this latest Israeli military attack.

As part of this new offensive denominated “Operation Protective Edge”, Israeli troops have been mobilised along the Gaza border and 40,000 reservists have been called up for a possible ground invasion.

“We are entering into a long operation,” a senior IDF source said. “We are only at the start. Patience is required. We are preparing further steps and a gradual expansion of our order of battle.”

Following the Israeli attack against Gaza in what Israel denominated “Operation Cast Lead” (2008-2009), in which more than 1400 people were killed, most of them civilians, including numerous children, and “Operation Pillar of Defense” (2012), which resulted in many more dead and wounded, a UN investigation concluded that Israel conducted a ”deliberately disproportionate attack designed to punish, humiliate and terrorise a civilian population”1, for which the responsible Israeli officials should face “individual criminal responsibility”. We urge you Madame the High Representative to use all measures which the EU has at its disposal, including sanctions, to end the present escalating Israeli attack on Gaza in order to prevent what already resembles a second “Cast Lead”.

Please also note that the population of Gaza remains trapped inside its perimeters under siege, while the bombs reign down on them. In contrast to other conflict zones around the world, the people of Gaza are even denied the possibility to escape. This includes the wounded who, caged inside Gaza, cannot access the necessary (life-saving) medical treatment, as due to the siege hospitals supplies are extremely limited as is the fuel needed to keep things running, including ambulances. According to international law, a civilian population has the right to protection – a protection which the people of Gaza are flagrantly denied.

“Operation Protective Edge” must be seen within the broader context of the occupation and on-going illegal siege of the Gaza Strip, which amounts to economic and political warfare, and highlights the asymmetry between Israel – a highly militarized occupying power – and the mainly civilian Palestinian population of Gaza. Israel’s recent actions constitute collective punishment, a crime against humanity prohibited by the Fourth Geneva Convention as well as by customary international humanitarian law.

According to Article 50 of the Hague Regulations: “No general penalty, pecuniary or otherwise, shall be inflicted on the population on account of acts of individuals for which they cannot be regarded as jointly and severally responsible.” By attacking Gaza Strip the Israeli government is imposing a collective punishment on the Gaza population in violation of these two provisions of international humanitarian law.

Extra-judicial killings and indiscriminate, disproportionate attacks against civilians for political ends are unacceptable, illegal under international law, and should be strongly condemned. Shells and bombs will not bring peace or calm to the region. A durable and inclusive solution can only be achieved if international law and UN resolutions are fully implemented.

The EU must comply with its obligations. In spite of the predictable deploring and condemning, until present the EU has failed to take any serious, effective measures to stop Israel’s grave and ongoing violations of international law and Palestinian rights, despite its legal obligation to do so. The EU is therefore complicit in Israeli crimes and in maintaining/prolonging Israeli impunity.

In particular, the EU must not allow Israel to use the rockets fired from Gaza as a pretext to justify the disproportionate, inhuman and indiscriminate military operation against Gaza, which causes numerous casualties among civilians, including children and women. The EU and its member states must prevent what already resembles a second Cast Lead, pressure Israel to immediately cease its assault and work towards a mutual ceasefire.

The EU should also remain focused on the matter and strive to ensure that any ceasefire agreement is adhered to. The ceasefire agreement following the November 2012 assault on Gaza called for the total cessation of all attacks of Israel into the Gaza Strip (as well as all attacks from Gaza into Israel), and for the opening of the crossings and facilitating movements of people and the transfer of goods 24 hours from the start of the ceasefire. Israel violated the ceasefire conditions on a daily basis from the beginning, attacking Gaza more than a hundred times in the first three months alone, with total impunity and no condemnation from the EU.

The EU policy of maintaining close relations with Israel, as a supposed means of persuading it to end its violations of human rights and international law, has clearly failed. The EU cannot once again merely stand by while Gaza is being massacred! The time is long overdue for the EU to go beyond empty rhetoric and meaningless declarations, ritually repeated over the years, and back up its words with effective action!

Sustainment of the EU-Israel Association Agreement, including the many de-facto upgrades which cunningly occurred over the years, sends a clear message to Israel that it will not be held to the same standards as other countries that violate human rights. Maintaining the status quo regarding EU-Israel relations only serves as a green light for Israel to continue to carry out its crimes with impunity.

If the EU is to be consistent with its own stated principles and is to be seen as a credible, serious global player, it is high time for the EU to cease its longstanding treatment of Israel with a preferential status, while turning a blind eye to its ongoing crimes. The EU must adopt restrictive measures, including immediate suspension of the EU-Israel Association Agreement, in full conformity with the requirements of the Agreement, which provide that the “EU’s external action shall be guided by the principles which have inspired its own creation, i.e. democracy, the rule of law, human rights, and respect for the principles of the United Nations” (Article 21 (1). 2

The EU document “Restrictive measures (sanctions) in force” of July 2013 lists measures currently in force against some thirty countries. Israel’s policies represent much graver and persistent violations of international law and accepted international norms than the violations by many other countries against which the EU has taken measures. Numerous UN Security Council resolutions, as well as the 2004 Advisory Opinion of the International Court of Justice attest to this.

We urge you, Madam the High Representative, to intervene with utmost urgency in order to halt the rapidly escalating Israeli assault on Gaza, to prevent what already resembles a second “Operation Cast Lead”, and to call upon all EU member states to follow suit. The EU must use all means at its disposal – including political and economic pressure and sanctions – to prevent further massacre. A massacre which, in addition, would predictably result in such outrage that, in view of the heightened tensions throughout the region, could spark further turmoil, adding to the looming threat of an all-out regional war.