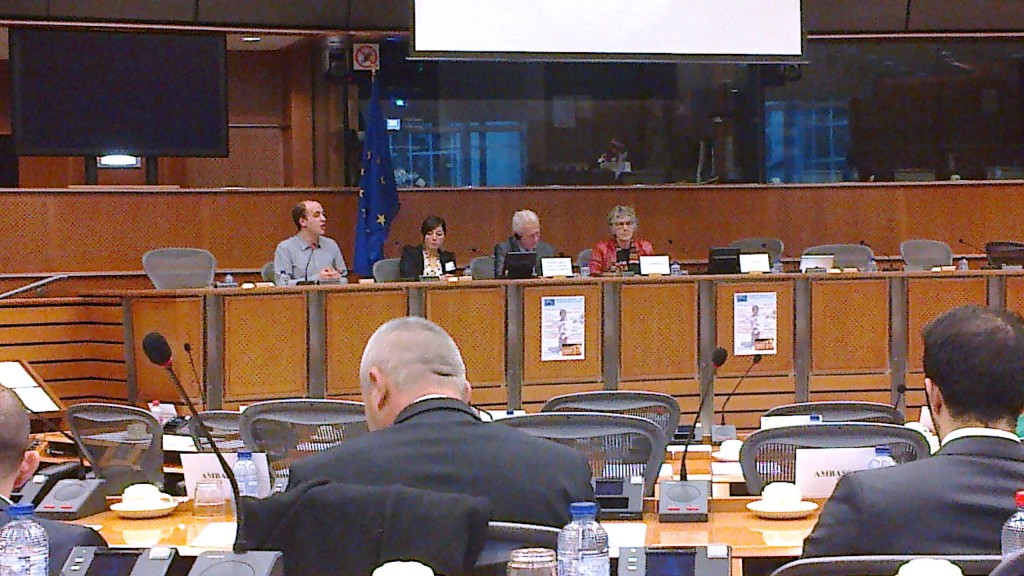 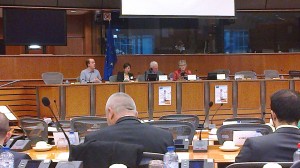 On November 27th, Michael Deas, ECCP representative and coordinator in Europe with the Palestinian Boycott, Divestment and Sanctions National Committee (BNC), gave a talk in the European Parliament about European businesses involvement in illegal Israeli settlements. It was the first time that the topic of EU involvement in illegal Israeli settlements was presented in detail in the European Parliament by a civil society organization.

During his talk Michael pointed out that third states have a duty to prevent businesses from contributing to violations of international law and human rights. By their involvement in settlement trade, states implicitly legalise a situation arising from a violation of international law, and thus violate their duty to prevent these violations. He also gave an overview of recent BDS campaigns taking place in Europe. He presented ECCP’s recommendations to the EU, which are:

– Cease all trade with Israeli export companies that operate inside illegal Israeli settlements,

– Avoid involvement or investment in the provision of infrastructure products and services to illegal Israeli settlements such as transport, waste and environmental services, given that such projects violate international law

– Conduct a Human Rights Impact Assessment of its trade agreements with Israel, given that companies operating in illegal Israeli settlements are able to export produce to Europe using procedures put in place by these agreements.

– Encourage its member states to withdraw state support from and not procure services from companies that refuse to address their contribution to human rights violations.