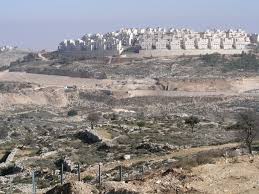 The European Coordination of Committees and Associations for Palestine (ECCP), the largest European coalition of organisations in solidarity with the Palestinian people in their struggle for freedom and justice, welcomes the new guidelines published by the EU. After years of merely criticizing the Israeli government over its numerous violations of international law, the EU has finally taken concrete action by setting out guidelines which state that EU funding, grants and loans can no longer be used to finance Israeli entities or activities in areas occupied by Israel in 1967.

The new guidelines recall the conclusions of the European Foreign Affairs Council  of December 2012, specifying that ”all agreements between the State of Israel and the European Union must unequivocally and explicitly indicate their inapplicability to the territories occupied by Israel in 1967, namely the Golan Heights, the West Bank including East Jerusalem, and the Gaza Strip”.

The guidelines are to come into effect on 1 January 2014, after which time all companies, institutions or foundations based in Israeli settlements will be excluded from eligibility for EU grants, scholarships, prizes and financial loans. The guidelines are based on a decision adopted in December 2012 by the European Council and former EU declarations which reaffirm that Israeli settlements are illegal under international law. This therefore constitutes a first step towards the implementation of EU non-recognition of Israel’s sovereignty over the West Bank, Gaza, East Jerusalem and the Syrian Golan Heights.

Israeli settlement policy is illegal under international law. Settlements presently house more than 520,000 Jewish Israeli citizens, more than 28,000 Palestinian homes and structures have been demolished, in excess of 180,000 Palestinians have been displaced from their homeland and their land has been confiscated for exclusive use by Jewish Israeli’s – all of which constitute a gross violation of the 4th Geneva Convention. The displacement of the Palestinian people, along with Israel’s system of checkpoints, closures, permit system for travel – including between the West Bank and East Jerusalem, all have a serious economical, humanitarian and psychological impact on the Palestinian population and prevent them from developing their own economy. Therefore Israel`s ongoing occupation and colonisation policy is one of the main obstacles to achieving a just and sustainable peace.

ECCP welcomes the publication of the EU guidelines, despite intense Israeli and US pressure to postpone it, as a positive first step.

ECCP therefore calls upon the EU to:

– Assure full implementation of the guidelines and work towards the adoption of similar measures by all EU member states.

– Adopt binding instruments to effectively ban any product manufactured, grown or packed in Israeli settlements from the EU market.

– End all research funding of Israeli military companies (which among other crimes ‘field test’ their deadly systems on Palestinian civilians).

Binding, comprehensive and fully implemented legislation, together with true political will from the European authorities and EU member states, is needed to ensure that EU governments and their respective companies refrain from ongoing complicity in Israel’s illegal system of apartheid and injustice against the Palestinian people.