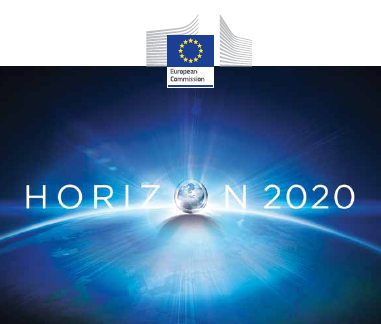 In a European Parliamentary session that took place on March 1st and was sponsored jointly by S&D, EPP and ALDE MEPs, it was exposed that two Israeli arms companies have circumvented European regulations on participation in the Horizon 2020 project by introducing military research, and by including products which have been tested in the Occupied Palestinian Territory (OPT). The session was attended by several MEPs and their representatives.

The two Israeli companies, the privately owned Elbit Systems and the government owned Israeli Aerospace Industries are benefiting from European funding in the framework of their participation in Horizon 2020. Elbit Systems is involved in the FLYSEC as well as in the EUROSTARS projects, which are presented to Horizon 2020 as civilian projects, but are based on military technology which Elbit Systems developed for the Israeli military and which has been tested in the occupied Gaza Strip during Israeli attacks in the years 2008-2014. Israeli Aerospace Industries (IAI) is involved in the OPARUS and RCMS projects, which just as the Elbit Systems ones are presented as civilian projects but are based on converted military technology which has been tested in the OPT. These facts were revealed at the meeting by the European Coordination of Committees and Associations for Palestine (ECCP).

A misunderstanding between the European and Israeli officials explains how the projects were approved in the first place. MEP Christian Ehler (from Germany, Christian Democrats), has presented himself at the meeting as the man who wrote the guidelines forbidding the participation of military projects in Horizon 2020. He stressed that the Israeli projects are civilian, that China and Russia are also participating in Horizon 2020, and that Israel is a strategic partner of the EU. He also stressed that the regulations must be followed even if a temptation exists to do otherwise (and gave an example of a joint Israeli-Palestinian school in the OPT which Europe is prevented from funding), he repeated that military research is strictly forbidden in Horizon 2020. It should be noted that MEP Ehler joined the discussion after the evidence on the military nature of the Israeli arms companies participation in the project was presented, and possibly made his comments while still believing that the projects were based on civilian technology.

The representative of the Israeli Ministry of the Economy Ran Arad, however, did participate in the meeting from its beginning and in response to the evidence that Israeli arms companies pursue military research within the framework of Horizon 2020, his response was “this is the way of the world.” He added that Europe can benefit from Israeli research considering the threat posed by Hamas and ISIS.

It now remains to be seen whether the European authorities will take the appropriate action to ensure that the purpose of the Horizon 2020 project to promote civilian research will not be subverted, and to remove companies which conduct military research and/or who conduct testing of their products in the OPT from the project.