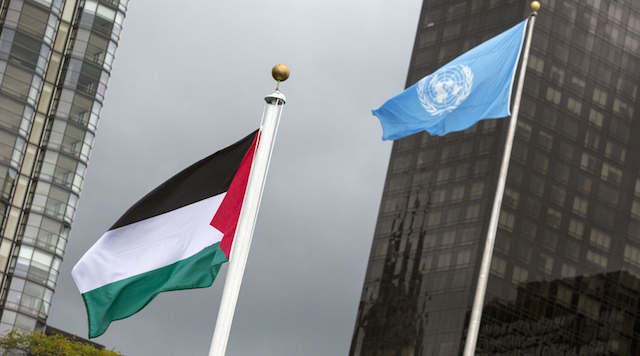 “Even before these current hardships, Gaza has endured a decade-long blockade and closure imposed by Israel, with the economy collapsing and poverty and unemployment rates soaring (…). Keeping Gaza economically crippled and socially isolated is a recipe for humanitarian distress and another conflict in the near future.”

Michael Lynk, UN Special Rapporteur on the human rights situation in the Palestinian territories occupied since 1967

To the attention of:

We are writing in advance of the forthcoming Foreign Affairs Council meeting of July 17th.

After 10 years of blockade by the state of Israel supported by Egypt, conditions for two million Palestinians trapped in the Gaza Strip are by all accounts worse than ever. Gaza Strip is the 3rd most densely populated place in the world with 80% of its population depending on humanitarian aid and 45% living below the poverty line. The humanitarian crisis that people of Gaza are facing today is a result of human decisions.

Israel’s cuts in the electricity supply to the Gaza Strip come despite dire warnings in recent weeks from the International Committee of the Red Cross, the World Health Organization and UN officials that the induced electricity shortage is causing a humanitarian catastrophe, as essential health, water and sanitation facilities cannot function. Gaza City’s main hospital has slashed surgeries by one-third, and as a result of the blockade, exacerbated by the electricity crisis, the territory is swimming in sewage.

As we condemn the current attitude of the Palestinian Authority, in fact the state of Israel still remains the occupying power in Gaza. It alone has the power to immediately end the suffering and it has an obligation to do so under the Fourth Geneva Convention. Occupying powers have a duty to ensure the security and well-being of the civilian population in areas under their control. Israel’s continuing blockade of the Gaza Strip, a measure that is depriving its population of food, fuel, and other necessities, constitutes a form of collective punishment in violation of article 33 of the Fourth Geneva Convention.

The EU’s position on the blockade is unequivocal: the EU calls for the immediate, sustained, and unconditional opening of crossings for the flow of humanitarian aid, commercial goods and persons to and from Gaza. The EU considers that the changes on the ground that followed the decision of the Israeli government of June 2010 to ease the closure have been limited and insufficient1

The European Parliament, after the Israeli military operation against the humanitarian flotilla in 2010, has adopted a resolution on the Gaza blockade. It urges “Israel to immediately end the blockade on Gaza, which has resulted in a humanitarian disaster and increasing radicalization, which is becoming a source of insecurity for Israel and for the region as a whole”. It also calls upon the “HR/VP and EU Member States to take steps to ensure the sustainable opening of all the crossing points to and from Gaza, including the port of Gaza, with adequate international end-use monitoring, to allow the unimpeded flow of humanitarian and commercial goods necessary for reconstruction and a self-supporting economy, as well as currency flows and free movement of people”.

The UN has several times recalled the “unacceptable, unsustainable and counterproductive”nature of the Gaza Strip blockade.2

Protests are no longer sufficient, clear demands must be made by the European Authorities and Parliament to the Israel government followed by sanctions if they are not fulfilled.

The current silence from the European Union is not acceptable. Previous oral or written statements have proved ineffective. The EU and its member states must put real pressure on Israel to have this plan implemented. Sanctions must be clearly envisaged if all the demands are not implemented by Israel, including the suspension of the Association Agreement between EU and Israel, on the basis of Article 2 of the Agreement.