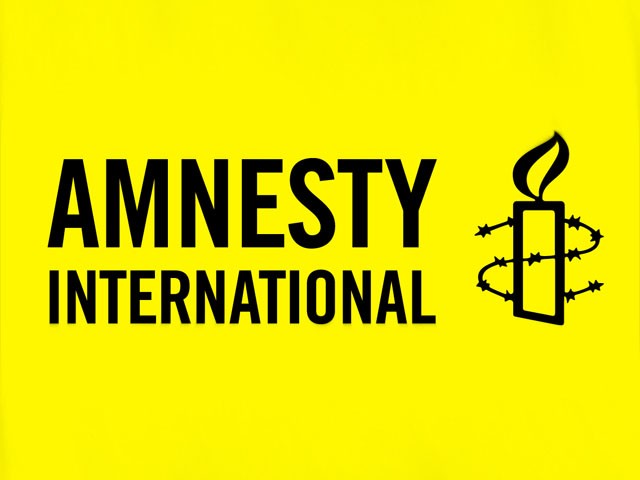 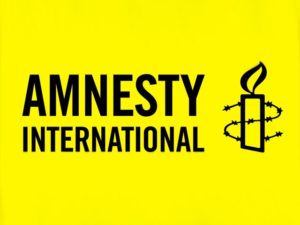 Amnesty International released a report that shows Israeli forces have displayed a callous disregard for human life by killing dozens of Palestinian civilians, including children, in the occupied West Bank over the past three years.

At least 261 Palestinians have been seriously injured by live ammunition fired by Israeli forces. Over 8,000 Palestinians, including 1,500 children, have been wounded by rubber-coated metal bullets and other means.

The report, Trigger-happy: Israel’s use of excessive force in the West Bank, describes mounting bloodshed and human rights violations in the Occupied Palestinian Territories (OPT) as a result of the Israeli forces’ use of unnecessary, arbitrary and brutal force against Palestinians since January 2011.

“The frequency and persistence of arbitrary and abusive force against peaceful protesters in the West Bank by Israeli soldiers and police officers – and the impunity enjoyed by perpetrators – suggests that it is carried out as a matter of policy.” – said Philip Luther, director of the Middle East and North Africa program at Amnesty International.

Amnesty International urges the USA, the European Union and the rest of the international community to suspend all transfers of munitions, weapons and other equipment to Israel in a protest of IDF treatment of Palestinians in the West Bank.

Arms transfers by the United States, the European Union and other countries should only be resumed once Israel can ensure that they will not be used to violate international humanitarian law and international human rights law, Amnesty said in a 74-page report titled “Trigger- Happy: Israel’s use of excessive force in the West Bank”

In their report Amnesty calls on the authorities of the United States of America (USA), European Union (EU), EU member states and other countries to do the following:

 Suspend transfers to Israel of munitions, weapons, and related equipment including crowd control weapons and devices, training and techniques until substantive steps have been taken by Israel to achieve accountability for previous violations and effective mechanisms are in place to ensure that items will not be used to commit or facilitate serious violations of international human rights law or international humanitarian law. The suspension should include all indirect exports via other countries, the transfer of military components and technologies, and any brokering, financial or logistical activities that would facilitate such transfers. This recommendation is particular relevant to the USA, as the largest foreign source of supply of weapons, munitions, police equipment and military aid to Israel.

 States should ensure that any co-operation with Israel in the areas of law enforcement, security and justice does not contribute to the commission of human rights violations or violations of international humanitarian law.

 Sign, ratify and strictly implement the Arms Trade Treaty without delay giving particular attention to implementing measures for the strict control of all imports, exports, transits, trans-shipments and brokering of all types of conventional arms and additional measures to prevent diversion and illicit trafficking of conventional arms including lethal and “less lethal” weapons and munitions. Pending the Treaty’s entry into force, state authorities should declare that they will apply provisionally Article 6 and Article 7 (as provided for in Article 23 on Provisional Application), prohibiting the transfer of conventional arms that would be used to commit or facilitate serious violations of international human rights law or international humanitarian law.

 Exercise their obligations under the principle of universal jurisdiction to conduct prompt, thorough, independent and impartial criminal investigations of anyone suspected of crimes under international law. If there is sufficient admissible evidence, states should prosecute the suspect or extradite him or her to another state willing and able to do so in fair proceedings which do not result in the imposition of the death penalty, or surrender him or her to an international criminal court which has jurisdiction. In addition to being obliged to exercise universal jurisdiction for grave breaches of the Geneva Conventions and of Additional Protocol I, as well as over torture, enforced disappearance and extrajudicial executions states are permitted to exercise universal jurisdiction for all other crimes under international law.

 Urge the State of Palestine, represented at the UN by the Palestine Liberation Organization, to sign and ratify international human rights and humanitarian treaties without reservations, including the Rome Statute of the International Criminal Court. Oppose any type of sanctions or pressure seeking to prevent the PA from signing or ratifying any international treaties. Ensure that the threat of withholding assistance essential to fulfilling the human rights of Palestinians in the Occupied Palestinian Territories is never used as a bargaining tool to further political goals, such as obstructing access to international justice through the International Criminal Court.

You can find the full report here