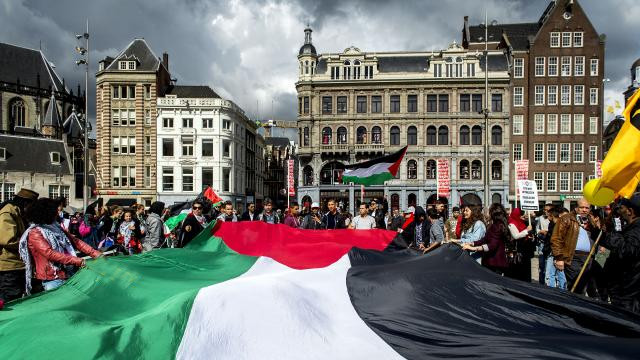 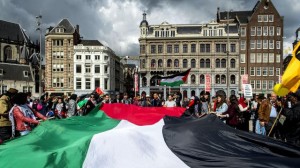 A long summer of debate about possible twinning or cooperation between the cities of Amsterdam (the Netherlands) and Tel Aviv (Israel) has come to an end. The two capitals won’t become sister cities, and there also won’t be a Memorandum of Understanding. Amsterdam decided not to have any (financial) relations, directly or indirectly, with “illegal settlements in the occupied Palestinian territories”. Import or export will not be established between the Israeli settlements and Amsterdam.

Amsterdam follows an international trend to break away from illegal Israeli settlements, ahead of the Dutch government and the EU. The Dutch municipality follows capitals such as Copenhagen (Denmark) and Reykjavik (Iceland), who also don’t do business with settlements.

The proposal for cooperation was adopted, but not without some very critical notes that were brought forward through five motions. The main points are:

None of the activities will benefit the Israeli settlements or the army and Ministry of Defense. There will be no activities benefiting either the illegal settlements or the military complex. A significant part of the budget will go to human rights organizations. A platform will be given to human rights NGO’s. Finally, the process and projects will be closely monitored.

The proposal differs significantly from the original plan for city twinning in which Amsterdam proposed to have a triangular cooperation between Amsterdam, Ramallah and Tel Aviv. Ramallah refused to become a partner to the occupier. The city of Amsterdam wants to help Ramallah develop, especially because of the constraints experienced by the Palestinians in their daily lives as a result of the occupation.

Amsterdam for Palestine, a coalition of more than thirty organizations who work in different ways towards justice for the Palestinians, has organized various protests and initiatives to stop the plans. Amsterdam for Palestine is fully opposed to cooperation with Israel. However, the coalition is satisfied with the critical alterations to the plan and that Amsterdam and its Mayor Mr Eberhard van der Laan have clearly spoken out against any cooperation with the Israeli occupation and does not wish to align itself with Israeli policy.