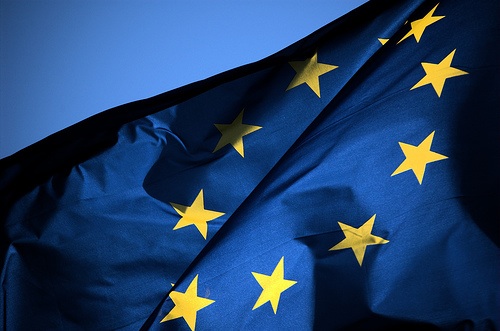 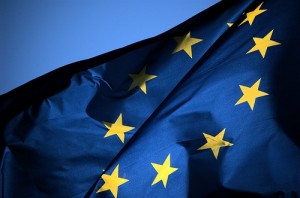 The Protocol on the participation of Israel in Community programmes[1]

State of the proceedings

On November 6, 2008, AFET adopted a recommendation and a motion for a resolution.

The draft resolution, adopted at unanimity, set out the political priorities involved in this agreement.

Extracts from the resolution

7.  Welcomes the EU statement at the Eighth Meeting of the EU-Israel Association Council, which underlines that the process of developing a closer EU-Israeli partnership needs to be in the context of the common interests and objectives, including the resolution of the Israeli-Palestinian conflict through the implementation of the two state solution based on international law and on observance of United Nations resolutions; calls on the Commission and the Member States to ensure that the participation of Israeli entities in Community programmes will be in line with the existing EC legislation and policy, with special regard to measures aimed at preventing the participation of settlement-based companies and organisations in the programmes concerned, strengthening the control on Israeli products imported into the EU under preferential importation, and starting the infringement procedures if there are products coming from the Occupied Palestinian Territory;  Is confident that Israel will respect the Community’s need to comply with its own legal obligations under the Treaty and under general international law and will cooperate with the Community’s efforts to do so;

9.  Asks the Commission to present an evaluation of the participation of Israel in Community programmes to the European Parliament on an annual basis; stresses that the participation of Israel in Community programmes should be in line with the principles and commitments included in previous agreements between the EC and Israel, with special regard to Article 2 of the Association Agreement, and with the aim of resolving the Israeli-Palestinian conflict through the implementation of the two-state solution based on international law and observance of United Nations resolutions;

10.  Calls upon the Commission and the Council to ensure that all memoranda of understanding based on this Protocol contain provisions that secure the correct implementation of European Community legislation and the Community’s compliance with its own legal obligations under general international law.

During the plenary debate (December 3 2008), AFET reconsidered its decision and asked for the vote to be deferred. The MEPs agreed and as a result, the consent procedure was frozen.

The rapporteur further justified the decision of AFET by pointing to the deterioration of the humanitarian situation in Gaza following the tightening of the Israeli blockade. The rapporteur also referred to the upgrade which was discussed at that time at Council level:

“Right now, the political ‘upgrading’ of Israel is being discussed at Council level in a great rush and in complete obscurity; and it is precisely this opportunity for upgrading that, today, right now, stands out in the political context of the region and is earning us hundreds and hundreds of e-mails from citizens. The Council therefore needs to improve transparency concerning the debates currently in progress and to be answerable to the citizens of Europe”. The massive citizens e-mail campaign has apparently played an important role in this decision.

The debate on the Protocol can be restarted at any moment.

For more information on the legislative procedure, see here.

Scope of the Protocol

For each specific programme, the European Commission and Israel will negotiate an agreement called “Memorandum of Understanding” which will determine the specific terms and conditions of Israel’s participation.  Whereas under the Treaty of Lisbon, the European Parliament’s assent is required for all international agreements in fields governed by the ordinary legislative procedure, the Protocol will enable the Commission and Israel to negotiate Israel’s participation to EU programmes without consulting the Parliament.

“Community Programmes” encompass different actions adopted by the European Community in order to promote co-operation between its member states in different specific fields, over a period several years. The adoption of the Protocol would not mean that Israel would have access to all community programmes, it rather means that when it comes to the programmes opened to Israel, the Parliament would lose its veto power and would not be able to intervene in the procedure of adoption of the bilateral instruments which operationalizes Israel’s participation in a specific programme.

No safeguard clause to avoid the participation of entities based in settlements was inserted in the protocol.

The Protocol provides for a provisional application (art.5) (prior to the EP’s endorsement) from date of signature: “Pending its entry into force, the Parties agree that, notwithstanding the completion of their internal procedures, they shall provisionally apply the provisions of this Protocol from the date of its signature, subject to its conclusion at a later date”. Nevertheless, the provisional application clause is only intended to cover a short period before a protocol enters into force. Only one programme, “Entrepreneurship and innovation” has been entered into based on the protocol’s provisional application clause. This was done before Cast Lead. When it became apparent that the Protocol vote was suspended indefinitely, the Commission put Israeli participation in all other programmes requiring a legal basis on hold.

But more recently, answering to a question we addressed to the Commission, David Harmon said “Given that the Protocol provides for provisional application, subject to conclusion later of a Memorandum of Understanding (MoU) concerning specific terms and conditions of Israel’s participation in Union programmes, such MoU could be concluded on its basis of Israel so requests.”

The declaration made by Jean-Pierre Jouyet, President-in-Office of the Council during the debate of December 3 confirms that the Protocol should be seen as an upgrade of EU-Israel relations:

“From the Council’s point of view, Israel’s participation in the Community programme needs to be seen from the perspective of the upgrading of the Union’s bilateral relations with Israel, in which regard the Council sent a signal on 16 June at the 8th Association Council with Israel. This upgrading fits in with the strengthening of the European Neighbourhood Policy”.

Link between the Protocol and Horizon 2020

Horizon 2020 is the EU research program which will replace FP7, the 7th Framework Programme for Research and Development.

Conclusion: the Protocol on the participation of Israel in Community programmes is an integral part of the upgrade of EU-Israel relations. As in the case of ACAA, the Commission will state that since the Protocol is part of the 2005 Action Plan, it should not be seen as an upgrade. What does or does not fall within the upgrading process has only been recently defined by the Commission which now considers that all the agreements that are part of the Action Plan do not constitute an upgrade. However, this should be seen as a manoeuver intended to promote the adoption of new agreements with Israel without seeming to strengthen EU-Israel relations.

The Protocol is of prime importance for Israel as it constitutes the legal basis of its participation to Horizon 2020 (which will start the 1st January 2014). The discussions with associated countries will start within the next months and we know that Israel has been pushing for the Council to request the Parliament to revisit the issue. It is therefore reasonable to assume that the discussions will be reopened very soon.

The EP has just given it consent to the EU-Israel ACAA protocol which was also frozen for political reasons. One can fear that the adoption of ACAA will facilitate the adoption of this Protocol. We should therefore get prepared for a massive mobilization.

[2] The consent procedure gives Parliament the right of veto. Parliament’s role is thus to approve or reject the legislative proposal without further amendments and the Council cannot overrule Parliament’s opinion.