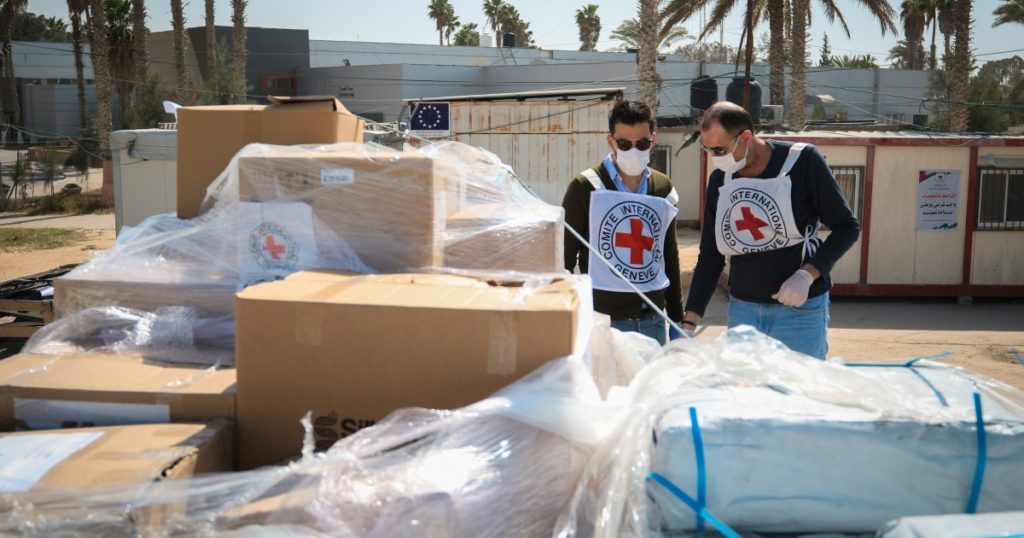 Since 2007, the Palestinian inhabitants of the Gaza Strip, now 2 million people, have been subject to a blockade by Israel.

This blockade impacts all the aspects of the population’s daily life and it consolidates the fragmentation of the territorial and political Palestine, undermining dignified life and self-determination for the people towards the construction of a democratic and independent state.

The Palestinian population in Gaza has also suffered from three devastating military attacks from Israeli forces, in 2008-2009, 2012 and 2014, resulting in great human and material casualties. The March of Return, held between March 2018 and the end of 2019, was violently repressed. Israeli soldiers shot peaceful protestors with live ammunition and disabling bullets, killing 308 people (including doctors, paramedics, journalists, women and children) and wounding 36.143, of which about 300 required an amputation. Today 2.4% of people in Gaza are disabled.

The increasing impact of the blockade on the economic, political and social crisis in Gaza has been reported by official sources and NGOs. The decrease in revenues generated a high level of dependence on food subsidies from UN programs, now at 80% of the population, and a severe increase of the poverty and malnutrition, affecting primarily the children (50% of the population). The lack of vital supplies such as water and electricity, together with the deterioration of the environment, have made Gaza an uninhabitable place.

The health sector has been particularly affected by the blockade. In the last 14 years, it has never had availability of instruments (medicines, devices, medical instruments and parts of machinery for diagnostic departments and laboratories) in amounts and kinds sufficient for normal operation, nor with a regular flow. Life-saving critical medicines for infants, those against cancers and other progressive diseases are often unavailable.

Many patients need to receive treatment outside of the Gaza Strip, but they face constant prohibitions, limits or delays in receiving permits from Israel, frequently with lethal consequences. Prohibitions are also exercised against health personnel leaving to receive training abroad, and against medical specialists coming from overseas.

After having been kept out of Gaza by strict quarantine measures, Covid-19 hit in the community in August, and is growing steadily today (end of December 2020). A first total lockdown in October was unsustainable for a population with 60% of families living below the threshold of poverty and the number of malnourished children has increased dramatically. Social distancing is difficult in any case given the housing situation (on average 4 children per family and co-housing of extended families). The figure of 15,000 positive cases at the end of October increased to 33,594 on December 12 and 69 deaths in October became 260. There is no sign that the pattern of increase is ceasing, despite full week-end lockdowns.

Local health experts and the WHO sent alerts about the overcrowding of hospitals and the lack of essential medical tools for the sick, including oxygen and test kits. Immediate and longer-term support is absolutely needed. Moreover, especially in the case of another complete lockdown which may be unavoidable in the near future, increased economic and food support to the population will be required.

The EU must act, now.

The siege of Gaza is a collective punishment imposed by Israel on the Palestinian people of Gaza, which is illegal under international law. Meanwhile, the military attacks against the population and the infrastructures can be qualified as war crimes. The current division among Palestinian parties has worsened the situation, but this cannot reduce the primary responsibility of the occupying power, namely Israel, nor be an excuse to leave the situation of the Palestinian people in Gaza as it is.

In the context of a further deteriorating situation due to the pandemic, the European Union cannot just make statements or provide some care.

We, therefore, ask the EU to take the following actions:

EU must also require Israel to accept EU political and technical missions, and to issue reliable entry permits in order to have an EU office in Gaza as soon as possible.