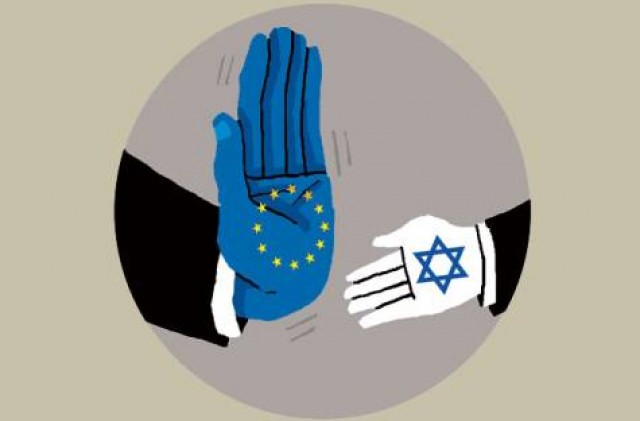 We were deeply disturbed to learn that the EU had started the preparations for an Association Council meeting with Israel, although countries including France, Sweden and Ireland, have opposed scheduling it on February 28.

Holding the Association Council meeting with Israel in the current context will send a message that Israel’s blatant violations of international law will be tolerated. At the same time, as a coalition of 42 organisations from 19 European countries, we would like to express our support to the position of the governments of France, Sweden, Ireland and others, that vocally raised their concerns regarding this upcoming meeting and urge them to carry this action forward.

In June 2009, the upgrade of EU-Israel relations has been suspended and in recent years the EU – justifiably – put the Association Council meetings on hold. Since then, the EU has considered the context unfavuorable to restarting the meetings process. The context is no less favourable today – on the contrary, the situation has reached dramatic levels, just recently: Israel has refused to comply with recent UN Security Council Resolution 2334; announced the construction of 3,000 settlement homes in the occupied West Bank, the fourth such announcement in less than two weeks since the inauguration of US President Donald Trump on January 20; demolished entire Bedouin village in Area C that the EU have supported and build in. On February 6th the Israeli Parliament approved a “Regularisation Law” that would retroactively legalize the expropriation of privately owned Palestinian land. Passing the bill mere weeks after UN Security Council Resolution 2334 is a slap in the face of the international community.

The state of Israel persists in refusing to address its gross violations of international law and human rights, including its war crimes in Gaza, its acquisition of territory by force, its policies of forced population transfer, its recent attacks on Palestinian human rights defenders, its illegal settlement activity, among others, as well as its denial of the Palestinian right of self-determination – therefore trampling “human rights and democratic principles” as stipulated in article 2 of the EU-Israel Association Agreement.

Organising an Association Council meeting with Israel in the current situation and its further integration into the EU economic, social, political and scientific structures is not acceptable as long as Israel refuses clearly and expressively to comply with its obligations under international law and does not put an end to the occupation of the Palestinian territories; respects the Palestinian right to self-determination; treats fairly all its citizens and respects relevant UN resolutions with regards to refugees.

The European Union has repeatedly criticised Israel’s construction of settlements, its disproportionate use of military force and its many other violations of international law. Unfortunately, given the EU’s lack of meaningful action, their objections have not had any impact on Israeli policy – the Israeli government has refused to put an end to those illegal practices and has refused to abide by its obligations under international law.

Given the serious and deteriorating situation, we believe it is vital to demonstrate that breaches of international law have consequences – both in diplomatic relations as in the area of political, scientific and economic agreements.