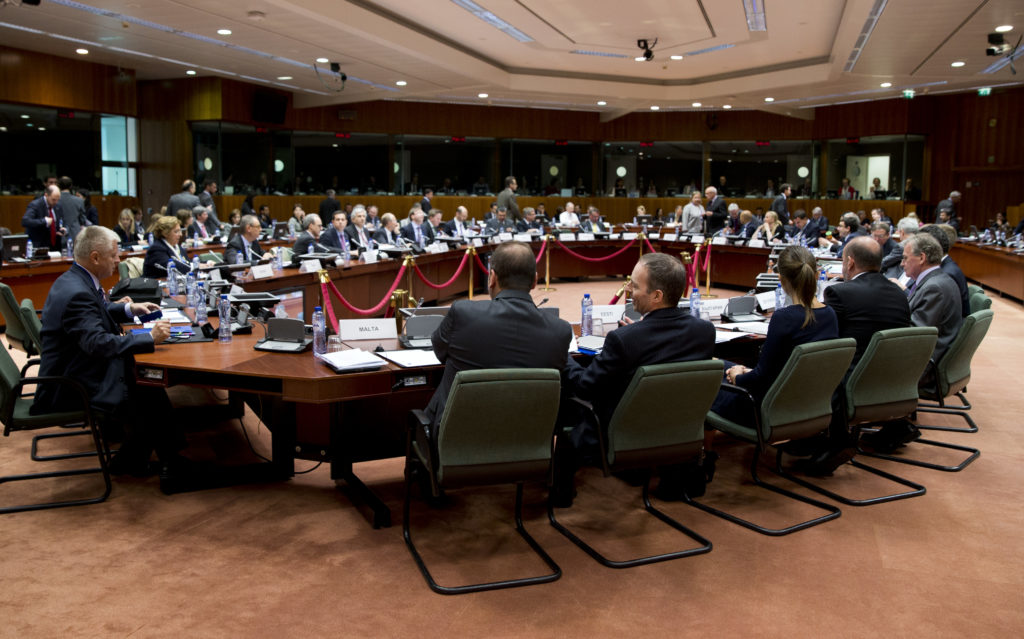 To the attention of Ministers of Foreign Affairs of EU Member States Brussels,

Concerning: Significant measures expected from the next Foreign Affairs Council Meeting regarding Israeli disregard for international and humanitarian law

We are writing in advance of the forthcoming Foreign Affairs Council meeting of January 16th.

The state of Israel persists in refusing to address its gross violations of international law and human rights, including its war crimes in Gaza, its acquisition of territory by force, its policies of forced population transfer, its recent attacks on Palestinian human rights defenders, its illegal settlement activity, among others, as well as its denial of the Palestinian right of self-determination – therefore trampling “human rights and democratic principles” as stipulated in article 2 of the EU-Israel Association Agreement.

While the vast majority of the world’s nations consistently condemn Israeli settlements in the Occupied Palestinian Territories (OPT), including East Jerusalem – the latest example being the recent UN Security Council Resolution 2334, which even the US implicitly supported by refraining to exercise its veto – the European Union continues to show a lack of political will to exert meaningful pressure on Israel. The EU has failed to take adequate action to tackle the participation of European businesses in Israel’s settlement enterprise or to meet its legal obligation to end trade with the illegal Israeli settlements1 The EU continues to allow Israel to export large quantities of products produced or partly produced in illegal Israeli settlements to Europe and products from illegal settlements are widely sold by European retailers, providing direct economic support to the ongoing expansion of the settlements.

Moreover, the EU recently embarked on the Law Train project, within the framework of Horizon 2020,2 in which it not only rubber-stamps Israel’s widely condemned harsh interrogation techniques, but actually collaborates with such practices, highlighting grave inconsistencies in EU policy towards Israel and undermining its stated principle of defending human rights. A further disturbing aspect of Law Train is not only EU cooperation with the Israeli police, but the fact that its headquarter is based in occupied East Jerusalem, implying a turnabout in the longstanding EU/international non-recognition policy of Israel’s unilateral annexation of East Jerusalem.

Despite paying lip-service in condemnation of illegal Israeli settlement activities, the EU fails to prevent Israeli institutions located in the OPT from benefiting from EU research funding under programs such as Horizon 2020. This, in spite of the fact that Prime Minister Benjamin Netanyahu’s defiant reaction to Resolution 2334 demonstrates once again Israel’s refusal to comply with international law.

The EU and its member states have the legal obligation not to provide support to Israel’s illegal settlements and should ban trade and economic relations that sustain illegal Israeli settlements.

The EU should take effective measures to exclude Israeli entities based in the OPT, as well as Israeli military companies, from participating in EU research frameworks such as Horizon 2020, in compiliance with its own principles.

It is time for the EU to show its commitment to human rights and democratic principles by applying restrictive measures on Israel, including by suspending the Association Agreement, in order to demonstrate it is serious in pressuring Israel to comply with international law.

We therefore urge you to address the aforementioned concerns as a priority during the upcoming Foreign Affairs Council meeting on January 16th and to:

– Consider the suspension of the EU-Israel Association Agreement as a starting point. At the very least, restrictive measures, as called for by Article 2 of the Agreement in the event of human rights abuses, should be studied in earnest, the findings of which should be included in the written conclusions of the FA Council meeting

– Suspend the participation of Israel military and security entities within the framework of the Horizon 2020 research programs, as well as Israeli companies based in the OPT

We kindly request that you inform us as to the position the EU intends to take during the forthcoming EU-Israel Association Council meeting. Given the serious and deteriorating situation, we believe it is vital to demonstrate that breaches of international law have consequences – both in diplomatic relations as in the area of political and economic agreements.