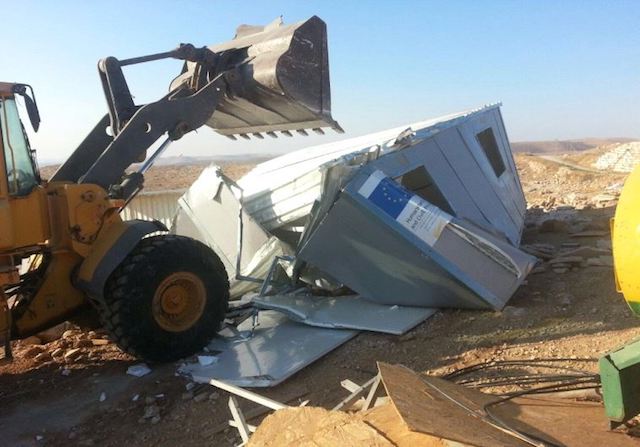 Eight European Union member states have sent a protest letter to Israeli Foreign Ministry demanding  €30,000 ($35,400) compensation from Israel for the confiscation and demolition of structures in the occupied West Bank. The group of eight is led by Belgium and includes France, Spain, Sweden, Luxembourg, Italy, Ireland and Denmark.

All eight countries are members of the so-called “West Bank Protection Consortium”, a body through which they coordinate humanitarian assistance to Area C. The countries were protesting the confiscation of solar panels they had installed in Bedouin communities and the demolition of mobile structures that were financed in various Bedouin communities to serve as classrooms.

As indicated in the report issued by the Office of the European Union Representative to West Bank and Gaza Strip, since the beginning of the year, 72 EU funded structures were targeted by Israel.