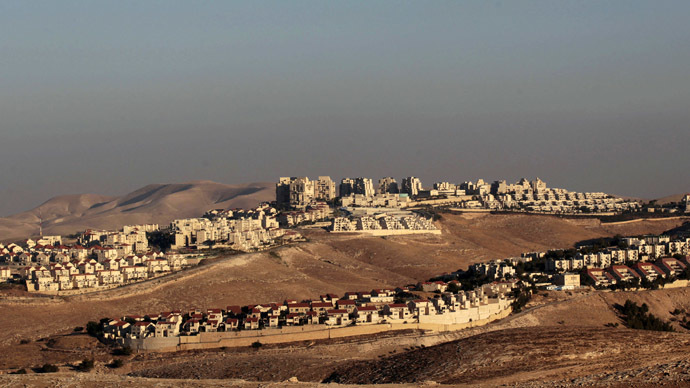 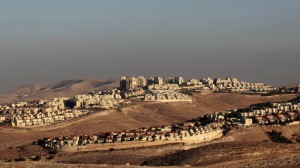 The EU import ban under its policy of non-recognition of illegal annexation of Crimea and Sevastopol begs the question why such non-recognition policies are not applied in the case of trade with settlements located in the Occupied Palestinian Territory. In this case, international law even mandates non-recognition, including a prohibition on trade.

In June 2014, the European Union formally decided to prohibit imports from Crimea or Sevastopol (Council Decision 2014/386/CFSP & Council Regulation (EU) No 692/2014). The stated reason: an import ban is an integral part of the EU’s non-recognition policy. In this case, non-recognition was related to the illegal annexation of these territories. The legal basis for this import ban was the European Council Conclusions of 20/21 March, which explicitly condemned the illegal annexation and confirmed non-recognition.

It is important to understand that an obligation of non-recognition also exists in the case of Israeli settlements in the Occupied Territories. Moreover, the legal basis for this duty of non-recognition is much stronger than it is in the case of Crimea and Sevastopol. Of course every knowledgeable policy maker is aware that political realities eventually determine the implementation of international law. That said, policies and actions related to non-recognition are fundamental to safeguarding the stability of the international (legal) system, and should not be taken lightheartedly, nor be succumbed to short-term realpolitik.

Indeed, and unfortunately, the EU does not respect its own emphasis on the rule of law. Its implementation of fundamental non-recognition policies is, at best, inconsistent.

In the case of the Israeli occupation, the duty of non-recognition applies not only to the construction of the Wall (which the International Court of Justice (ICJ) explained in its advisory opinion) but also to the illegal Israeli settlements. This has been affirmed by prominent legal scholars, by numerous UN SECURITY Council Resolutions (most notably Resolution 465) and, politically most important, by the European Union itself

Fundamental norms of international law prohibit the transfer of population to occupied territories and guarantee the right to self-determination against illegal annexation. At the same time, it is well established under public international law (the Hague Convention and Fourth Geneva Convention) that economic gains from the occupation for the occupying force are illegal. This has even been affirmed under Israeli law (the Elon Moreh case). When such fundamental, peremptory norms of international law are breached, States have the obligation not to recognize or assist the breach of these norms.

The obligation of non-recognition holds two elements. First, it is a customary obligation. Second, it is a self-executing obligation, which does not need collective action to be triggered. When a state observes a breach of peremptory norms of international law, it does not need action by the United Nations (i.e. in this case a TRADE embargo under Chapter VII) to not recognize by any measure or action the illegality at hand. The self-executing nature of the customary obligation is to prevent permanent members of the Security Council (Russia in the case of Crimea, the United States in the case of Israeli Settlements), or other states protected by them, from being able to breach such norms or prevent the exercise of the duty of non-recognition by other UN members.

Withholding from trade that benefits the occupant is indeed an important part of the duty of non-recognition. Such a trade prohibition is not to be seen as a sanction (which would be a positive action) but rather as a rectification of an error in international trade relations: trade with internationally recognized illegal settlements. It is thus not about banning trade (a positive obligation) but about refraining oneself of trading with an illegal actor if such trade benefits the occupant (a negative obligation).

This brings us full circle. The EU is currently violating its own fundamental obligation of non-recognition in the case of Israeli settlements in the Occupied Territories. A ban on trade with settlements would not need to be a politically controversial move, but rather a rectification of its own error in applying fundamental international law. The obligation of non-recognition equally applies to every EU member state. If the EU, who holds the exclusive competence for trade, fails to abide by its international legal obligations, then member states need to step in and guarantee they themselves do not trade with settlements and as such breach their international legal obligations.

Given the EU’s position and action related to the non-recognition of illegal annexation of Crimea and Sevastopol, one can now safely assume that the EU is very well aware of the importance of the non-recognition principle, but decides, for political reasons, not to implement its own obligations under international law related to trade with Israeli settlements

Graduate Institute of International and Development Studies, Geneva, Switzerland. Author of: “The Obligation to Withhold from Trading in Order not to Recognize and Assist Settlements and Their Economic Activity in Occupied Territories” (2012) Journal of International Humanitarian Legal Studies.

For a full, peer-reviewed academic analysis of the applicable law, please read:

Tom Moerenhout. “The Obligation to Withhold from Trading in Order not to Recognize and Assist Settlements and Their Economic Activity in Occupied Territories” (2012) Journal of International Humanitarian Legal Studies.