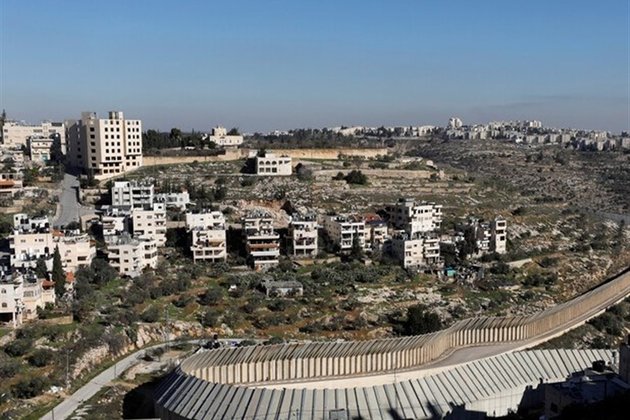 For the attention of

As you are well aware, Israel’s new “unity government” signed an agreement that includes a clause to advance plans to annex parts of the occupied West Bank, including illegal Israeli settlements, starting on July 1.

This is not the first time that Israel has tried to illegally annex parts of territories it occupies. Israel already annexed occupied East Jerusalem in 1967 and Syria’s Golan Heights in 1981, in gross violation of international law.

The process of ongoing ethnic cleansing, apartheid and colonisation is taking place on a daily basis. While Gaza has been strangled by a 13-year blockade and repeated military invasions, in the West Bank Palestinians struggle with a brutal occupation, expulsion, dispossession, arbitrary arrests and house demolitions among other things. Many Palestinians are denied access to basic health services by Israeli land confiscations and checkpoints. Even at the time of global pandemic Palestinians are confronted by Israel’s institutionalised segregation.

Over the last month alone, major Israeli settlement blocs such as Gush Etzion south of Jerusalem are being expanded, further destroying the territorial contiguity of the West Bank; apartheid road infrastructure for illegal settlers only is being extended in major settlement blocks like Ma’ale Adumim; Palestinian residents of Silwan in East Jerusalem have repeatedly been the, target of evictions and expulsions as have Palestinians throughout Area C. These ongoing processes have not been met with any firm response from the EU, except occasional words of concern. This is not enough.

In his statement issued in February, the EU High Representative Joseph Borrell noted that “Steps towards annexation, if implemented, could not pass unchallenged”.

Immediate actions need to be taken, including sanctions, in order to confront Israel’s unilateralism, annexation, and land grabs. It is time for preemptive and concrete measures to be implemented by the EU and European governments, including the suspension of the EU-Israel Association Agreement and exclusion from participation in EU Framework Programmes funded by European taxpayers’ money. The EU has tools at its disposal that can change the dangerous dynamics on the ground and enhance the effectiveness of accountability and international responsibility, as detailed in international and European laws.

Furthermore, under international law the EU as a whole and each of its Member States have the mandatory obligation to ban trade with Israel’s illegal settlements, as allowing such entities to trade freely and profit from the occupation violates duties of non-recognition of and non-assistance to serious breaches of international law. The current situation cannot be allowed to continue if the EU is serious about its commitments to human rights and the rule of law

In this context we, a coalition of 40 civil society organisations and NGOs from 20 European countries, ask you to specify what kind of actions the EU and European governments are going to implement in order to prevent Israel’s illegal annexation of yet more Palestinian land. How will the EU guarantee that in its “cooperation” with Israel, principles of international (humanitarian and human rights) law, including the responsibility of the occupier towards the occupied population, are finally going to be applied given the current situation on the ground?

We look forward to your reply,