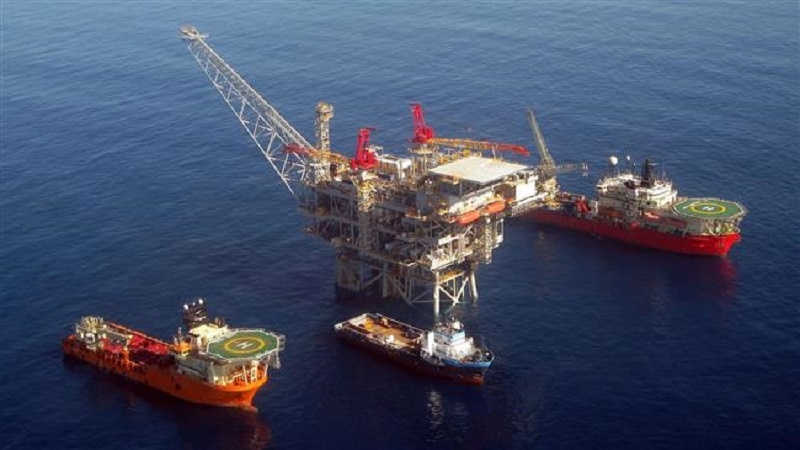 The EU has made a strong commitment towards energy transition to renewable sources and has developed an ambitious strategy to meet Paris Agreement climate change targets. At the same time the EU has spent millions in the recent years on new gas infrastructure projects and billions of euros more are expected for 104 new gas projects included in the third list of Projects of Common Interest (PCI) published by the Commission.

Natural gas is a fossil fuel composed of methane, which is 86 times more potent as a heat-trapping gas than CO2. With this massive investment, the EU is locking its dependence on fossil fuel for decades to come. As a recent report has shown, the gas corporate lobby is entrenching Europe’s addiction to fossil fuels. In 2016 alone, “gas corporations and their lobby groups spent over €100 million on influencing EU [energy] policy, with more than 1,000 lobbyists on their payroll. … By comparison, public interest groups lobbying against new gas infrastructure managed to mobilise just 3% of industry’s spending.”

This not only puts into question the EU’s ability to meet climate change targets but also give rise to serious human rights concerns and the adverse social impact on communities where the pipelines are expected to cross.

Ongoing talks on the possibility of EU purchases of Israel’s natural gas put into question the EU’s commitment to Palestinian rights under international law. As this briefing by the Palestinian BDS National Committee (BNC) explains, by purchasing gas from Israel, whether directly or indirectly, the EU would become complicit in Israel’s illegal annexation of the occupied Palestinian territory, its illegal settlements and the war crime of pillage of Palestinian natural resources – all in contravention of the EU’s international commitments and legal obligations.

In line with third state obligations under international law, in particular the duty of non-recognition and non-assistance to an illegal situation created by Israel’s grave violations of IHL, the EU, and the governments of Greece and Cyprus in particular, should:

In 1999 Israel made its first discoveries of natural gas in the Mediterranean, right off the coast of the occupied Gaza Strip. After years of stalled negotiations with the Palestinian Authority over exploration of the deposits, the Israeli Ministry of National Infrastructure unilaterally ordered the development of the Noah gas field in 2011, located a merely 35 km off the coast of Gaza.

Statements by Israeli officials indicate just how these discoveries have factored in Israel’s considerations for the enforcement of its illegal naval blockade of Gaza. It is estimated that Palestinian gas deposits under Israel’s control are worth more than $4 billion.

Meanwhile Israel made large gas discoveries off the coast of Haifa, straddling Lebanese waters . While the Tamar field is already in production, destined for Israel’s internal market in addition to contentious exports to Jordan, the larger Leviathan field is expected to come into production by the end of 2019, 75 percent of which destined for export. Noble Energy Inc. (US), Gazprom (Russia), ONGC Videsh (India), Union Gas Fenosa (Spain) and Royal Dutch Shell (UK-Netherlands) are among the international energy companies involved.

Israel has embarked on a diplomatic overdrive to find international customers and investors for the Leviathan field, considered the largest energy project in Israel’s history, but with limited success. The possibility of legal challenges from the Palestinians and Lebanon, security concerns over flare ups of conflict, the huge cost for gas drilling in the Med , corruption in the Israeli government and competition from larger and cheaper gas discoveries in neighboring countries have held off investors and forced energy companies to reassess the extent of their engagement.

Given the bleak outlook for its gas sector Israel has turned to Europe for economic and political viability, and as a guarantor for its gas export ambitions. The EU in turn has factored gas from the Eastern Mediterranean – a Southern Gas Corridor – in its controversial energy security strategy.

Israel’s approach for accessing the European gas market has been to forge an alliance with Cyprus and Greece, spanning economic, political and military cooperation. This has come at the expense of both countries’ historic support for Palestinian rights. Israel hopes to benefit from EU subsidies and investment for its gas sector and ultimately, an export market that would give economic viability to its gas discoveries.

In 2013 the governments of Israel, Greece and Cyprus signed an MoU for the construction of a 2,000 megawatt subsea electricity cable from Israel to continental Europe via Cyprus and Greece.

The Euroasia Interconnector project will allow for Israel to export electricity produced from its natural gas directly to Europe. The European Commission has included the Interconnector as part of its Projects of Common Interest (PCIs) and a 3.5 billion euro tender was published for delivery of the project by 2021. The Interconnector is explicitly defined as ‘multi-directional’ and ‘bi-directional transmission of electricity’, connecting the European and the Israeli electricity grids. This would connect Israel’s illegal settlements with the European electric grid, making the EU in direct violation of its own directives and its obligations of non-recognition of and non-assistance to the illegal situation created by settlements.

At the end of 2017 Italy, Greece, Cyprus and Israel signed a Memorandum of Understanding towards the construction of a gas pipeline that would connect Israeli gas fields to Europe via Cyprus and Greece.

The 2,000 kilometers pipeline, estimated to cost over $6 billion, is to be concluded by 2025. The EU has allocated $34.5 million for planning and feasibility study. The project owners are IGI Poseidon, a joint venture between Greece’s natural gas firm DEPA and Ita lian energy group Edison. JP Morgan and HSBC are among the private investors. However, concerns remain on volcanic activity in the seabed that would threaten the stability of the pipeline and the high cost of Israeli gas compared to cheaper alternative sources for Europ e.

Recent Cypriot discoveries of a large gas deposit have put into question plans for a joint pipeline with Israel. Cyprus is said to be considering a pipeline to Egypt . Likewise Israel has now signed a massive $15 billion gas deal with Egypt, bringing closer the prospect of Egypt becoming a regional hub for gas exports to Europe given its advanced gas liquefying infrastructure and large gas reserves.

Illegal annexation, the crime of pillage, and EU’s international obligations

Israel not only denies Palestinians access to gas reserves off the coast of Gaza but has also illegally exploited these resources for its exclusive benefit while depriving Palestinians of revenues. All the while Gaza continues to suffer acute electricity shortages compounded by Israel’s refusal to live up to its responsibilities as an Occupying Power.

Israel’s appropriation and exploitation of the natural resources of the occupied Palestinian territory (OPT) for its own benefit, and for the benefit of illegal settlements, is a flagrant violation of international humanitarian law, amounts to the war crime of pillage , and is part and parcel of Israel’s de facto policy of annexation of the OPT. The latter has been characterized by the International Court of Justice advisory opinion (2004) as a serious Israeli violation of the prohibition on the acquisition of territory by force and the right to self-determination of the Palestinian people.

The EU’s legal duties include non-recognition of non-assistance in the maintenance of the unlawful situation created by Israel in the OPT with these serious violations. EU purchases of Israeli gas would enable substantial revenues to be used in Israel’s serious human rights violations, de facto annexationist policies in the occupied Palestinian territory, and illegal appropriation and exploitation of its natural resources.

Israel’s militarism and the threat of conflict

On par with its verbal threats, Israel has stepped up militarisation of the seas, fueling a regional arms race in an already volatile region. On the other hand Hezbollah has vowed to make Israel’s gas platforms a target should Israel attack the country.

EU gas purchases from Israel will foment armed conflict between Israel and Lebanon, which in turn threatens Europe’s energy security arising from interruptions of supplies should war break out. Furthermore, EU public and private infrastructure investments associated with Israeli gas exports have high probability of financial losses due to the unstable and unpredictable security situation.

Europe’s potential import of Israeli energy or electricity would not only defy its own policies, climate commitments and legal obligations under international law. It would also be fraught with financial losses and serious security risks. Why is the EU investing massive resources to make this happen?