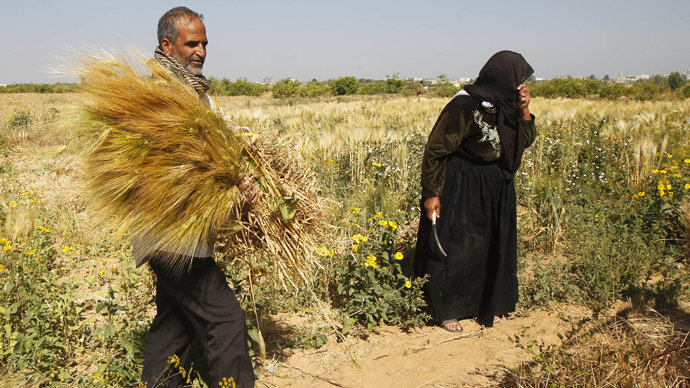 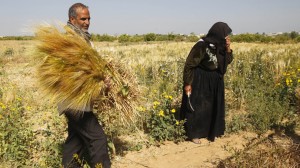 The Israeli military operation in Gaza has devastated the enclave’s food production process the UN has announced, warning that the lack of food will “severely” affect the local population and that recovery will need “significant external assistance.”

“The recent fighting has resulted in substantial direct damage to Gaza’s 17,000 hectares of croplands as well as much of its agricultural infrastructure, including greenhouses, irrigation systems, animal farms, fodder stocks and fishing boats,” the UN’s Food and Agriculture Organization (FAO) said in a statement.

With farming and fishing activities virtually halted after farmers, herders and fishermen were forced to flee their domains, and with the Israeli blockade imposed, Palestinians are facing food shortages.

Gaza has lost half of its population of poultry birds either from direct shelling or because the birds died from a lack of water, as the IDF bombardment destroyed Palestinian infrastructure, the World Food Programme (WFP) believes.

“Under the most recent ceasefire many farmers and herders are now able to access their lands, however resumption of food production faces serious obstacles given the damage sustained and shortage of water, electricity, inputs and financial resources, as well as ongoing uncertainty regarding the possible resumption of military activities,” said Ciro Fiorillo, head of FAO’s office in the West Bank and Gaza Strip.

“Around 64,000 head of small ruminants are in need of animal feed and water in order to avoid further animal deaths and the additional erosion of herders’ productive assets,” FAO said, adding that recovery in the agriculture sector, “will require significant external assistance over the long term.”

FAO estimates the losses to the fishing sector to be 234.6 tonnes over the period of July 9 – August 10, or “equivalent to 9.3 percent of local fishers’ yearly catch.”

The Palestinian enclave imports most of its food products, but FAO estimates that local farming and fishing serves as an affordable way to get food.

“Some 28,600 people in Gaza rely on farming (19,000 people), livestock raising (6,000) and fishing (3,600) for their livelihoods,” FAO says, highlighting that prices for basic food products have increased since Operation Protective Edge began.

UN run food programs regularly assist about 1.1 million people in addition to about 700 000 people who are currently relying on food supplies from the Palestinian Ministry of Social Affairs, UNRWA, and WFP.

“We have a programme that supports the resilience of agriculture-based livelihoods of Gaza fishermen, herders and farmers,” said Abdessalam Ould Ahmed, FAO Regional Representative for the Near East and North Africa. “We need to get this back on track as soon as hostilities cease, to promote not just the survival of Gaza’s people but their self-reliant development.”