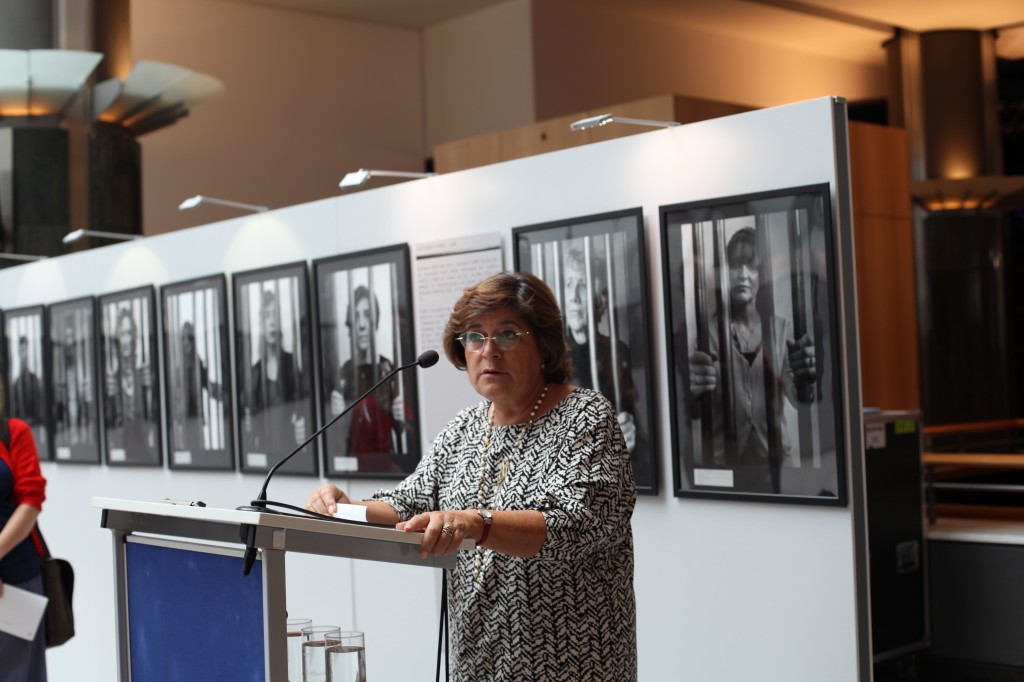 40 Members of the European Parliament from across the political and geographic spectrum posed behind mock prison bars to show solidarity with Palestinian political prisoners. By taking this action, these MEPs wish to highlight the fact that if they were to continue in their professions as Palestinians living under military occupation, they would likely face imprisonment at some point in their lives. This strong visual message is a unique and powerful experience not to be missed.

On the occasion of the opening event on the 6th of September, Mr Salah Hammouri and Mr. Yamin Zidan travelled to Brussels to share their personal experiences. Mr. Salah Hammouri spent 7 years in Israeli prisons, 3 of which were spent as an administrative detainee. He spoke of the brutal interrogation techniques that are used against Palestinians, and of the harsh conditions prisoners face following their incarceration.  He testified about high levels of medical negligence and also about the intense psychological pressure the prisoners and their families face, highlighting specifically that child prisoners, some of whom are as young as 12, can only receive sporadic visits from their parents, and even are not permitted any physical contact with them.

Mr. Yamin Zidan conveyed a touching personal story in which he outlined how he joined the Israeli Prison Services as a prison guard, citing nationalist motives following the deaths of both his brothers during their military service. After witnessing the circumstances under which political prisoners are being tried, convicted and incarcerated, he made a drastic career change and became a lawyer defending these same prisoners.

By questioning the narrative which had been instilled in him, he discovered a personal history that had been hidden from him, and learned how the Druze minority itself had been occupied and oppressed into supporting a state that discriminates against Palestinians.

The two speakers explained, with reference to their personal experiences, how the system is designed to ensure the conviction and incarceration of many Palestinians, especially those who are politically active. They condemned the use of a military court system which discriminates racially against Palestinians, and is used to break spirits and incapacitate the Palestinian society.

Ms Ana Gomes, MEP, who hosted this exhibition, closed the event by calling on the European Union to do more in regards to these thousands of prisoners. She questioned how the Israeli state, which denies the basic rights of thousands of Palestinian political prisoners, can then claim to be democratic and to work for peace and security, let alone in collaboration with the EU.

Currently, over 7000 Palestinian political prisoners are being held in prisons within Israel. Since 1967, over 850,000 Palestinians have been detained. The interest of the international community in their struggle has been growing steadily in the wake of a recent wave of hunger strikes that are protesting the use of administrative detention** in Israeli prisons.

This exhibition has been shown simultaneously at the Argentinian Forum of Solidarity with Palestinian Political Prisoners between the 5th and 6th of September (ww.palestinasolidariteit.be/gevangenen). 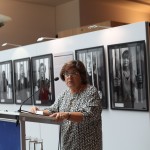 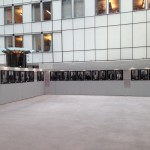 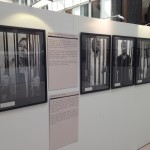 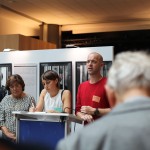 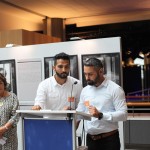 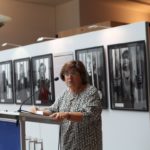 * Administrative detention is a procedure that allows the Israeli military to hold prisoners indefinitely on secret information without charging them or allowing them to stand trial. The order for administrative detention can be issued for a period of up to six months, and can be renewed indefinitely. ** The EU research project LAWTRAIN on interrogation techniques is being led by Israel’s Bar Ilan University, and the Israel Police. The Belgian Department of Justice and the KU Leuven are also participants in this project. Following extensive criticism of this cooperation with Israel’s violations of international law, the Portuguese government withdrew its participation.

You can see the whole exhibition online here

This initiative was taken by ECCP’s member –  Palestina Solidariteit in Belgium in collaboration with Addameer Prisoner support and Human Rights Association in Palestine.