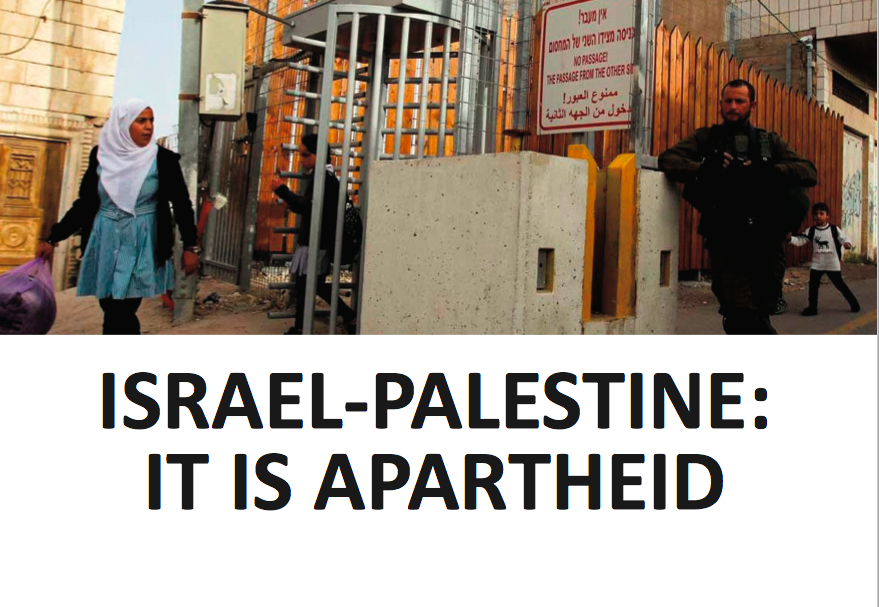 Israel has imposed a strategic fragmentation of the Palestinian people into four legal and political domains (Israel, West Bank and Gaza, East Jerusalem, refugees outside historical Palestine) with no freedom of movement, no right of return, and denial of family uniﬁcation.

It is well documented by international bodies and major NGOs that Israel has “de facto” full control of the occupied Palestinian territory, with or without formal annexation. Therefore, the State of Israel applies its full power and domination to all the territory of the historical British mandate: the regime of apartheid applies to this whole territory and includes the Palestinian refugees.

Apartheid is a crime against humanity and, as such, triggers responsibilities for third States, which have legal obligations to act against it.

As a European network of organisations committed to the principles of justice and equality and in support of the struggle of the Palestinian people for their rights, we call on the European Union and its Member States to fulﬁl their legal obligations under EU and international law, and therefore take the following actions:

Recognition: issue public statements recognizing and condemning the commission of the crime of apartheid by the State of Israel against the Palestinian people. Actively support initiatives pressing UN to launch international investigations into Israel’s apartheid regime over the Palestinian people, including the reconstitution of the UN Special Committee against Apartheid and the UN Centre against Apartheid.

No collaboration with apartheid: ban all trade and all relation with illegal Israeli settlements by the EU institutions, member States and companies; ban arms trade and military-security co- operation with Israel, including any support for research programs with possible dual-use applications.

Immediate measures: press Israel to put an immediate end to the occupation, colonisation, forcible transfer, annexation, house demolition, and the blockade of Gaza, to release the Palestinian prisoners and to restore fundamental civil rights (including freedom of movement and family reuniﬁcation) for the Palestinians: this must be the starting point of a real eﬀort for a just peace.

Accountability: explicitly support the ICC in its procedures related to crimes against humanity and war crimes committed against the Palestinian people; activate eﬀective sanctions, in a speciﬁed time frame, including the suspension of the EU-Israel Association Agreement, as long as Israel imposes an apartheid regime on the Palestinian people.

Freedom, equality and non-discrimination are fundamental values of the European Union. Eﬀective action against apartheid is not an option, it is a legal and moral obligation.