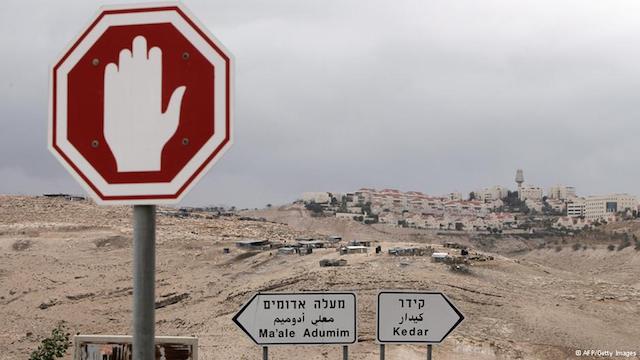 European shops ought to label Israeli settler exports so that consumers can boycott them for “ethical” reasons the same way they did South African ones under apartheid, a senior EU jurist has said.

“EU law requires for a product originating in a territory occupied by Israel since 1967, the indication … that the product comes from an Israeli settlement if that is the case,” Gerard Hogan, an advocate general at the EU court in Luxembourg said on Thursday (13 June).

A “reasonable consumer” might opt not to buy Israeli wine or cosmetics produced on Palestinian land due to “ethical considerations”, he added.

“Just as many European consumers objected to the purchase of South African goods in the pre-1994 apartheid era, present day consumers may object, on similar grounds, to the purchase of goods from a particular country because, for example, it is not a democracy or because it pursues particular political or social policies which that consumer happens to find objectionable or even repugnant,” Hogan said.

EU judges are currently weighing a complaint brought by the Organisation Juive Europeenne, an NGO in France, and Psagot, an Israeli winery which has vineyards on occupied land.

They urged French courts to block the French government from issuing a notice that retailers ought to put the term “Israeli settlement” or equivalent on such products.

The French courts then asked the EU judges for their guidance on the subject.

France issued its retail label code in November 2016, about one year after the EU foreign service had published guidelines urging all member states to do so.

There is no data on how other member states followed up on the EU guidelines and even less information to what extent retailers enforced the labelling rules.

The EU imports about €30 billion a year of Israeli goods.

The European Commission does not know how much of it comes from settlers, but its best guess is “a marginal percentage”.

“If the final judgement of the [EU] court follows the [advocate general’s] opinion, it will reinforce the obligation to label settlement goods correctly and could boost enforcement across the EU, which has been minimal,” Martin Konecny, the director of European Middle East Project, an NGO in Brussels, said.

Psagot, the Israeli winery, had claimed the French retail code was “discriminatory”.

But Konecny said the company had itself “taken over lots of privately owned Palestinian land for its vineyards over the years, while benefitting from Israeli state subsidies”.

It also comes amid concern US president Donald Trump is planning to endorse Israel’s annexation of West Bank settlements the same way he backed its annexation of Jerusalem by moving the American embassy there from Tel Aviv.

The situation threatens to make the EU and UN-backed solution of a normal Palestinian state alongside Israel one day impossible by dividing Palestine into an archipelago of mini-territories separated by Israeli towns, roads, and fortifications.

Meanwhile, the 2.7m Palestinians who live in the West Bank “face systematic legal discrimination” under Israel’s “quasi-permanent occupation” of the territory, EU ambassadors based in Jerusalem and Ramallah said in an internal report last July.

Settlers were engaging in “intensive cultivation” of Palestinian farm land, while Palestinian farmers were being starved of water by Israeli occupation forces, they also said.

“The West Bank legal regime is a form of institutionalised racial segregation. A simpler description would be apartheid,” Alon Liel, Israel’s former ambassador to South Africa from 1992 to 1994, recently told EUobserver, echoing the EU court’s Hogan.