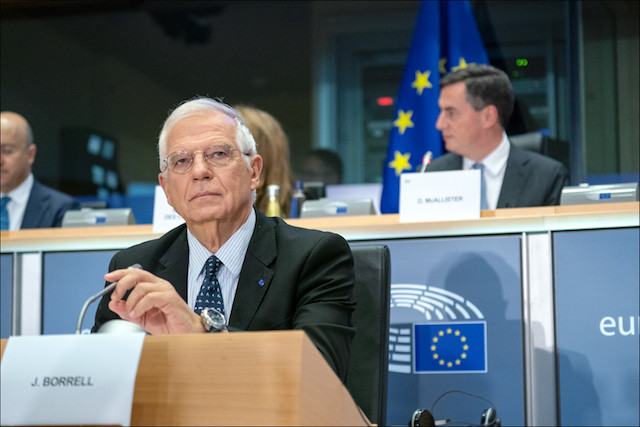 For the attention of :

The President of the European Council – Mr Charles Michel

The heads of state or government of the EU member states

Regarding Israel and Palestine, the European Union stands firmly on principles laid down in the Council’s statements of December 2012, that “beyond the pre-1967 borders, it is no longer Israel”. It follows from this that as soon as Israel unilaterally changes its borders it is no longer the same country.

From this perspective, reconsidering the Association Agreement between the EU and Israel is not merely a matter of foreign policy; it is a question of remaining consistent with the EU’s very principles.

We would like to focus on two sections of the Association Agreement.

The first is the customs and free trade chapter of the Association Agreement. How can it still be applicable once Israel has taken any part of its network of illegal settlements under its full sovereignty and then integrated them completely into its economy? There cannot be any transparency in the origin of the products under these conditions. Hence, this part of the Association Agreement must be immediately suspended until this question is clarified.

Secondly, the question of Research and Technology Agreements has the same rationale. If any part of occupied Palestinian territory is annexed, there is no way to check whether the results of the R&D projects in which Israel will participate will be used in the settlements. This grave concern comes in addition to those regarding Israel’s dual use of EU research programmes for military use and, consequently, the EU’s complicity with war crimes and grave abuses of human rights.

No agreement should be signed with Israel regarding its participation in the Horizon Europe program, and if any agreement has already been signed it needs to be immediately cancelled.

Mr. President, whatever the position of a minority of Member States, a path can and must be found to suspend the Association Agreement with Israel, especially in these two fields, for as long as Israel does not reverse its annexation decisions.

It is a very important point for everyone concerned with human rights and the rule of (international) law. We believe that the credibility of the European Union is at stake.

We urge you and we urge the Council to take these measures immediately once Israel decides to extend its sovereignty over any part of the West Bank.