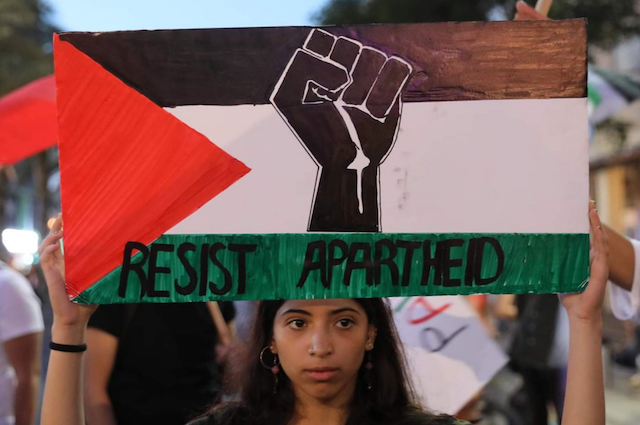 Nearly 50 independent human rights experts are calling for the international community to oppose Israel’s plan to annex significant parts of the occupied Palestinian West Bank beginning as early as next month.

Human rights experts appointed by the UN have called for urgent global action against Israeli annexation: “Annexation would be the crystallisation of an already unjust reality: two peoples living in the same space, ruled by the same state, but with profoundly unequal rights. This is a vision of a 21st century apartheid.”

The move would create “a Palestinian Bantustan” and violates a core principle of international law, they warned in a statement issued on Tuesday. “The annexation of occupied territory is a serious violation of the Charter of the United Nations and the Geneva Conventions, and contrary to the fundamental rule affirmed many times by the United Nations Security Council and General Assembly that the acquisition of territory by war or force is inadmissible”, they said.

‘21st century apartheid’
The experts said annexation would extend Israeli sovereignty to almost 30 per cent of the West Bank, covering most of the Jordan Valley and more than 230 illegal Israeli settlements.

It will also intensify human rights violations committed during five decades of Israeli occupation, which include land confiscation, settler violence, home demolitions, and excessive use of force and torture.

“What would be left of the West Bank would be a Palestinian Bantustan, islands of disconnected land completely surrounded by Israel and with no territorial connection to the outside world”, the statement continued.

“Israel has recently promised that it will maintain permanent security control between the Mediterranean and the Jordan River. Thus, the morning after annexation would be the crystallisation of an already unjust reality: two peoples living in the same space, ruled by the same state, but with profoundly unequal rights. This is a vision of a 21st century apartheid.”

‘This time must be different’
The experts recalled that Israel has previously annexed occupied land: East Jerusalem in 1980, and the Syrian Golan Heights a year later.

“On both occasions, the UN Security Council immediately condemned the annexations as unlawful but took no meaningful countermeasures to oppose Israel’s actions”, they said, adding that the country has also defied Council resolutions criticizing settlements.

However, they stressed that “this time must be different”, and called for accountability and an end to impunity, in line with international law.

“The international community has solemn legal and political responsibilities to defend a rules-based international order, to oppose violations of human rights and fundamental principles of international law and to give effect to its many resolutions critical of Israel’s conduct of this protracted occupation. In particular, states have a duty not to recognise, aid or assist another state in any form of illegal activity, such as annexation or the creation of civilian settlements in occupied territory”, they said.

“The lessons from the past are clear: Criticism without consequences will neither forestall annexation nor end the occupation.”

Independent voices
The 47 experts who signed the statement were appointed by the UN Human Rights Council to monitor specific country situations or thematic issues in all parts of the world.

They are independent of the UN, meaning they are not staff, neither are they paid by the Organization.