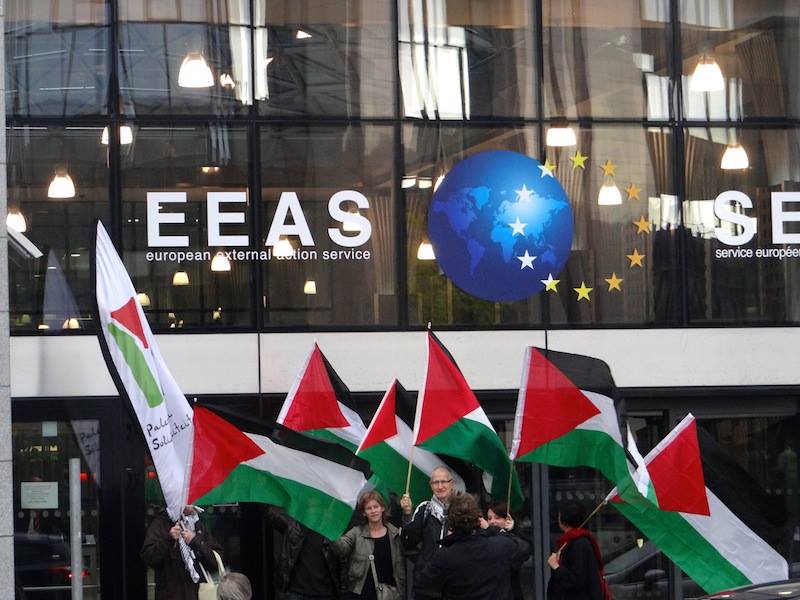 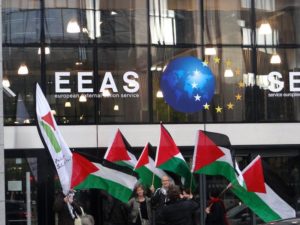 More than 300 human rights groups, trade unions and political parties from across Europe have called for the EU to hold Israel accountable for its massacre of Gaza earlier this year by suspending the EU-Israel Association Agreement, the main treaty between the EU and Israel.

“Through the continued existence of the EU-Israel Association Agreement and the strengthening of the bilateral relations, the European Union and its member states are sending Israel the message that it does not have to abide by international law,” explains the declaration, which has been jointly issued by major civil society bodies from across 19 countries.

The written statement calling for the suspension of the agreement was delivered this morning to the Middle East advisors for Federica Mogherini, the new EU foreign policy chief who begins her new role this week and will make her first trip overseas to Palestine/Israel.

Signatories to the statement include the Irish Congress of Trade Unions and national unions in Spain, France, Belgium and political parties including Podemos, who currently top the Spanish polls, and major NGOs including CNCD in Belgium and Trocaire in Ireland.

The EU-Israel Association Agreement is the main framework for the close relationship between the EU and Israel, granting Israel preferential access to European markets and allowing it to participate in more EU programs and projects than any other non-European country.

The appeal for action condemns Israel’s deliberate targeting of civilians during its recent attack on Gaza that killed more than 2,000 Palestinians and argues that the failure of the EU to take tough action against Israel “contributes to the climate of impunity and lack of accountability”.

The EU has previously suspended its Association Agreement with Sri Lanka and recently introduced a raft of measures restricting trade and investment against Russia in relation to the Ukraine crisis.

The failure to impose similar measures on Israel despite decades of serious violations of international law amounts to a double standard, campaigners say.

The statement also argues that the Israel’s largely unrestricted access to European markets and participation in EU programs amounts to “material support to Israel’s violations of international law”.

Aneta Jerska, the coordinator of the European Coordination of Committees and Associations for Palestine (ECCP), one of the organisations that has signed the statement, said:

“The huge number of mainstream organisations that are calling for the suspension of the EU-Israel Association Agreement reflects the growing frustration across Europe with the failure of European governments to respond to Israel’s repeated massacres and violations of international law.”

“The EU has long argued that its close relations with Israel put it in strong position to engage in dialogue with Israel regarding its oppression of Palestinians, but Israel’s brutal massacre of Gaza shows that this dialogue has failed. It is time for the EU to take action that will pressure Israel to comply with international law.”

The ECCP will  launch a campaign that encourages people to contact members of the European parliament about the EU-Israel Association Agreement.

Pictures from delivering the call to EEAS 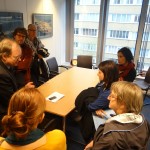 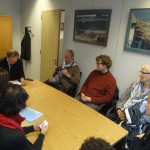 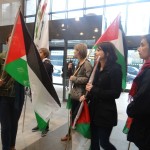 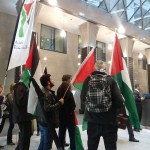 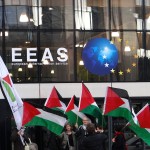 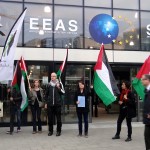 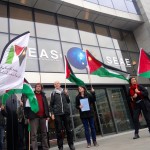 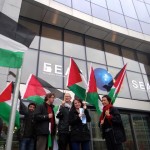 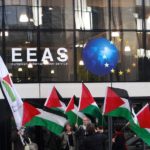