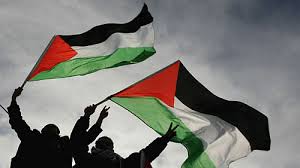 ECCP letter to the Minister of Foreign Affairs of Luxembourg

As Luxembourg holds the Presidency of the Council of the European Union during the second semester of 2015 and presides over the work of the Council of the EU, it holds a unique opportunity to play a key role in the EU’s approach towards the situation in the Middle East, in particular with regard to Palestinian refugees. This is crucial now because of the context of the refugee crisis gaining ever-increasing attention.

One of the many root causes of the current refugee crisis is the still unresolved Palestinian question coupled with the suffering of millions of Palestinian refugees, who constitute the world’s ‘oldest’ refugee population. The Palestinians were rendered refugees since Israel’s creation in 1948 and today these refugees and their descendants numbering seven million people, many of which still live in refugee camps in the Occupied Palestinian Territory of the West Bank (including East Jerusalem) and the Gaza Strip, Syria, Lebanon, and elsewhere. These refugees find themselves displaced in Syria, and most recently, displaced again in Lebanon, before embarking on horrific journeys seeking safe futures in Europe. For over five decades, Palestinian refugees have been living the kind of uncertain and unstable existences that so many politicians are now sympathizing with.

Of all the inequalities blocking a peaceful and just resolution to the so-called Middle East conflict, the situation of the Palestinian refugees stands out. No issue has been so much at the heart of the Palestinian cause as the right of return.

The right of return is a universal right that is binding under international law. Since 1949, the UN resolution 194 calling on Israel to implement the right of return together with UNSC Res. 242 and 338 have been regularly reaffirmed by the U.N. General Assembly. It’s one of the core rights set out in the Universal Declaration of Human Rights. Article 13(b) of the UDHR states: “Everyone has the right to leave any country, including his own, and to return to his country.” Palestinian refugees are entitled to this binding universal right, in the same way that all other refugees are.

UNGA Resolution 194 clearly resolves that “the refugees wishing to return to their homes and live at peace with their neighbours should be permitted to do so at the earliest practicable date, and that compensation should be paid for the property of those choosing not to return and for loss of or damage to property which, under principles of international law or in equity, should be made good by the governments or authorities responsible”. This demonstrates that without question, the UN and the international community saw Israel as fully responsible for the complete implementation of this right. This right was further reaffirmed by the UNGA on more than 135 occasions, clearly reflecting the consistent will of the international community on this matter.

Palestinians do not simply demand the recognition of their right to return, but also its implementation, its exercise, and its translation into reality. The real problem is the lack of political will of EU member states to enforce Israel’s respect of the right of return of Palestinians.

The disregard for Palestinian refugees’ right to return has created harsh consequences. This disregard has not only fuelled anger and resent in the Middle East, but has also forced Palestinians into multiple displacements since 1948. Those Palestinian refugees scattered throughout the Middle East do not enjoy their clear legal rights (of which we bear responsibility to uphold), but in addition must also live through the consequences of the upsurge in conflict and violence in the region. Palestinians who lived in ‘permanent’ refugee camps have even had to flee from those zones in which they had previously managed to create some stability. Yarmouk refugee camp is an example of such a zone from which huge numbers of Palestinians have had to evacuate due to its takeover by Da’esh during the early months of 2015. Currently, there are 18,000 people trapped in this camp with no access to regular food supplies, clean water, health care, electricity or heating fuel. Thousands have left this camp while others make life-threatening journey across the Mediterranean. Hence, the disrespect of this right results in a contribution to the refugee crisis and a lack of faith in the international law that we created but fail to uphold.

Over the summer UNRWA faced an unprecedented financial crisis that put the start of the 2015/16 school year at risk. A couple of weeks ago UNRWA announced that it had overcome a $101 million deficit and that the school year wouldn’t have to be delayed after all. After a desperate funding drive the gap was filled, but with more refugees, growing needs and little new donor money, the underlying problems remain. Enabling UNRWA to provide essential services is the responsibility of the United Nations and third party states; not that of host states or refugees themselves. The lack of money for UNRWA is extremely worrying because it means the refugees are losing international protection as well as their right of return guaranteed by international law under UN resolution 194.

What is required is a solution that identifies and addresses the root causes of both the continued displacement of Palestinians and the worsening living standards to which this population is subjected; a solution which sees the inalienable rights of Palestinian refugees not just recognized in word, but enacted in deed. Until such a solution is implemented, the role of UNRWA in affording protection to Palestinian refugees is absolutely essential, and it is a role which demands prompt and adequate funding. Palestinians in the refugee camps are calling on the European governments to provide financial support for UNRWA – which is the only institutional witness of their displacement in 1948 – We would like to echo their call.

At the moment Luxembourg is in a unique position to raise the issue of Palestinian refugees right of return. It has to be recognised as such and forms the core of any final settlement of the Israeli-Palestinian conflict – as over the years ignoring it has become a norm in political discourse.

Therefore – we, a coalition of 41 European organisations from 20 European countries, dedicated to the Palestinian people’s struggle for freedom, justice and equality, urge you to take a stand and highlight this issue during your Presidency of the Council of the European Union. We’re asking you to take a lead in rethinking the approach employed by the European Union towards the protection of Palestinian refugees; a community now numbering in excess of seven million people.

Last week the European Parliament voted on the resolution reaffirming the need of the EU to play more active role in “Middle East Peace Process”. If the EU wants to become an effective actor it needs to change its approach and focus on the right of return of Palestinian refugees.

European Coordination of Committees and Associations for Palestine