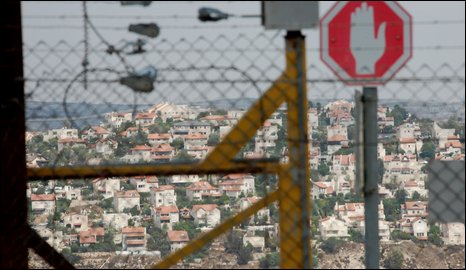 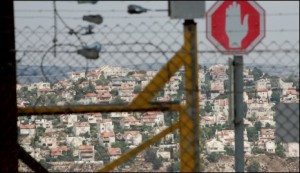 “EU citizens and businesses should also be aware of the potential reputational implications of getting involved in economic and financial activities in settlements, as well as possible abuses of the rights of individuals,” reads the warning on the U.K. Trade and Investment site.

“The U.K. has a clear position on Israeli settlements: The West Bank, including East Jerusalem, Gaza and the Golan Heights are territories which have been occupied by Israel since 1967. Settlements are illegal under international law, constitute an obstacle to peace and threaten to make a two-state solution to the Israeli-Palestinian conflict impossible. We will not recognise any changes to the pre-1967 borders, including with regard to Jerusalem, other than those agreed by the parties,” the warning reads.

The British government site warns British businessmen that there are risks in doing business in the settlements, and the government will not “encourage or offer support to such activity.

“Financial transactions, investments, purchases, procurements as well as other economic activities (including in services like tourism) in Israeli settlements or benefiting Israeli settlements, entail legal and economic risks stemming from the fact that the Israeli settlements, according to international law, are built on occupied land and are not recognised as a legitimate part of Israel’s territory,” the warning says.

“This may result in disputed titles to the land, water, mineral or other natural resources which might be the subject of purchase or investment,” the guidance continues. “Those contemplating any economic or financial involvement in settlements should seek appropriate legal advice.”

Palestine Solidarity Campaign in their statement “urges the Government to improve their advice by firmly “discouraging” business with settlements, to proactively discourage individual companies from signing contracts, to clarify the rules on public sector procurement so that councillors can feel confident of taking human rights issues into account without any risk of being sued, and to exclude all financial relationships with companies operating in illegal settlements.”

Boycott, Divestment and Sanctions National Committee (BNC), the largest coalition in Palestinian civil society stated in their press release that “Many major UK retailers purchase fresh fruit and vegetables from Israeli firms operating in illegal Israeli settlements. Other British firms, such as construction equipment manufacturer JCB, have extensive business involvement in Israel’s illegal settlements, whether in the construction of settlements, settlement roads and Israeli occupation-related installations and facilities.”

“The UK government has realized that its condemnations of illegal settlements are falling on deaf ears and has started to address the huge amount of economic support that the illegal settlements receive from UK businesses,” said Rafeef Ziadah, a BNC spokesperson.

“The government should now make it absolutely clear to companies like G4S that it is unacceptable to participate in Israel’s illegal settlements or in Israel’s other human rights abuses,” Ziadah added.

BNC in their statement pointed out that “Under international law, signatories to the Geneva Convention such as the UK are obliged not to provide assistance or recognition to Israeli violations of international law and are obliged to take action to end trade and other economic relations with illegal Israeli settlements.”

The BDS movement urges a boycott of Israel and practical, gradual measures, including sanctions, by world governments to end their complicity in maintaining Israel’s regime of occupation, colonialism and apartheid against the Palestinian people.