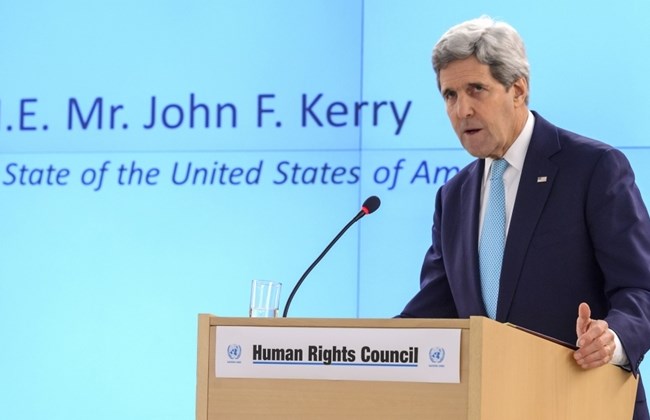 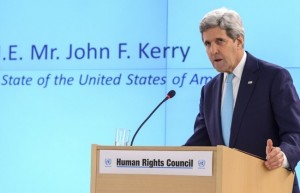 The resolutions called for the right of the Palestinian people to self-determination, “including their right to live in freedom, justice and dignity and the right to their independent State of Palestine,” confirmed Palestinian right to sovereignty over natural wealth and resources, and condemned the continuation of all settlement activities in the occupied West Bank and East Jerusalem.

The United States was the only UNHRC member to vote against the three resolutions.

The UNHRC session also discussed increasing incidents of violence by Israeli settlers, excessive use of force used by Israeli military against Palestinian civilians, the humanitarian crisis in the Gaza Strip, and conditions of Palestinian prisoners and detainees in Israeli jails, including minors. It called on Israel to freeze and reverse settlement activity and to withdraw to the pre-1967 lines.

Member states of the UNHRC voiced overwhelming support for these three resolutions on the Palestinian territories, with 45 countries approving two of them and 43 approving the third. Again, only the US voted no on all three resolutions. The European Union in contrast voted in support of all three of them.

UNHRC Resolutions on Palestine voted at the 28th session – March 2015

Right of the Palestinian people to self-determination (A/HRC/28/L.32)

Israeli settlements in the Occupied Palestinian Territory, including East Jerusalem, and in the occupied Syrian Golan (A/HRC/28/L.33)

More information about the discussion at the UN HRC here