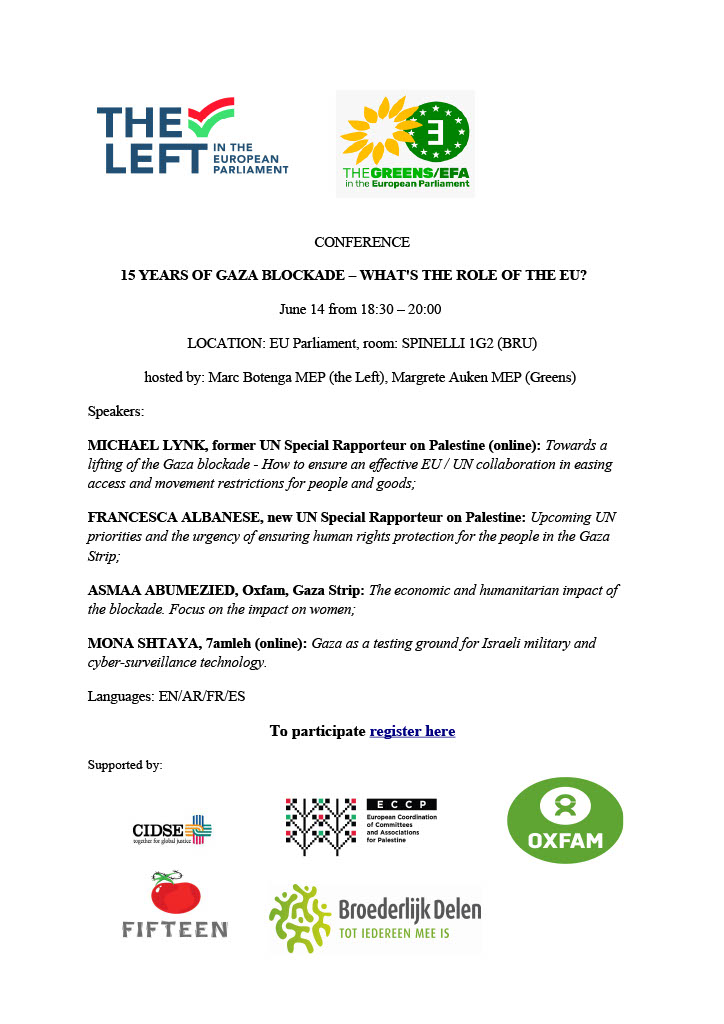 June 2022 will mark 15 years since the imposition by Israel of the blockade on over 2.3 million people in the Gaza Strip. Their residents, including 1 million children (under 18 years old) have been kept captive and deprived of basic human rights for 15 years. This blockade impacts all aspects of the population’s daily life and consolidates the territorial and political fragmentation of Palestine, undermining dignified life and self determination for the people. The state of Israel imposes systematic control and domination over Palestinian people across historic Palestine, a policy that is increasingly recognized to constitute apartheid imbedded in a discriminatory legal system.

What is the EU’s responsibility for the permanence of the blockade and its consequences? What role can it play in pressuring Israel to end it? What tools does the EU have in its disposal to stop funding Israeli military and surveillance companies?

Join us for the conference at the European Parliament on June 14th!