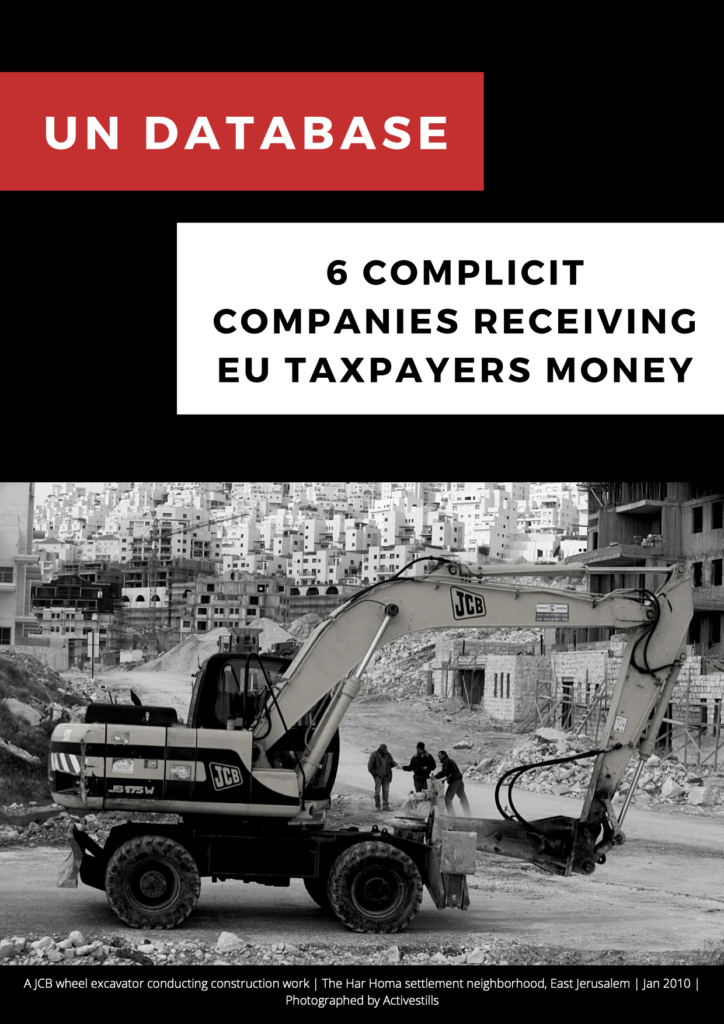 Since years Israel has been forcing thousands of Palestinians off their land, occupying and illegally using it to create illegal settlements that exclusively house Jewish Israeli settlers.

Entire Palestinian communities have been displaced by those settlements, their homes and livelihoods have been destroyed and restrictions have been imposed on their movements, access to their own water, land and other natural resources. The communities have also been violently attacked by the Israeli military and illegal settlers. International community, including the UN and the EU, have repeatedly condemned those activities.

On February 12, 2020, the UN Human Rights Council published the annual report of the United Nations High Commissioner for Human Rights, releasing a database of 112 companies involved in business activities in illegal Israeli settlements. The mandate covers different types of activities: exploitation of natural resources, provision of construction material, provision of transportation, etc. The UN Special Rapporteur on the situation of human rights in the Palestinian Territories occupied since 1967 welcomed the release of the UNHRC database, while highlighting its limits concerning the restrictive mandate, narrow focus and absence of an adjudicative mechanism.

The ECCP found out that six companies listed for their direct complicity with illegal Israeli settlements received European taxpayers’ money through two research programs: the 7th Framework Programme (FP7) from 2007 to 2013, and the Horizon 2020 programme from 2014 to 2020.

Read the full briefing HERE to learn more about the activities in illegal Israeli settlements of those companies.