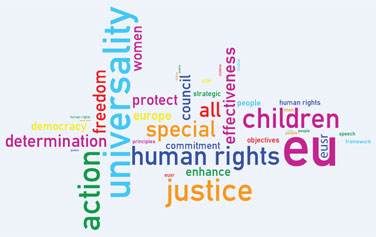 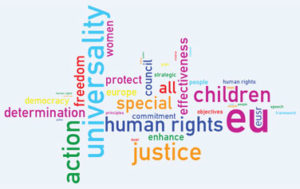 On June 12th European External Action Service (EEAS) published EU annual report on Human Rights and Democracy in the World in 2012. The latest Human Rights Report was presented to foreign affairs ministers on June 12th by Catherine Ashton, EU High Representative for Foreign Affairs and Security Policy and chair of the Foreign Affairs Council. The report gives an overview of the wide range of EU activities to promote human rights worldwide, including Israel/Palestine

Israel/Palestine mentioned in the report:

–  In a statement on Israeli Practices Affecting the Human Rights of the Palestinian People made to the Fourth Committee on 9 November, the EU recalled the applicability of international humanitarian law in Palestine, including the applicability of the fourth Geneva Convention relative to the protection of civilians, and called for full respect of international humanitarian law in this context.

– The dispatch of a fact-finding mission on Israeli settlements proved a difficult issue in terms of EU unity. Throughout the three sessions, the EU was able to maintain unity with the exception of a split vote on Israeli settlements and on Russian amendments to the resolution on Libya. However, the EU spared no effort to jointly as well as bilaterally encourage Israel to re-engage with the HRC and the OHCHR, following its suspension of relations after the creation of a FFM on Israeli settlements in the March session. The EU also spoke out in favour of the universality of the Universal Periodic Review and encouraged Israel to cooperate with the mechanism.

Resolutions on breaches of human rights, democracy and the rule of law (urgency resolutions):