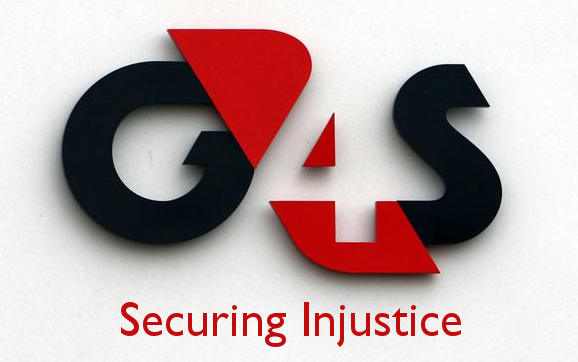 A group of 23 MEPs wrote to President of the European Parliament David Maria Sassoli concerning the institution’s contract with the British multinational security company G4S.

This cross-party initiative is the third time when MEPs from across the political spectrum have called not to award money to G4S. In March 2011, MEPs wrote to the President of the European Parliament asking him to ensure that the security company G4S ended all activities in the illegal Israeli settlements in Palestinian territory as well as all activities in Israeli jails both in Palestine and in Israel and, failing this, to terminate the Parliament’s contracts with G4S. Shortly after this initiative the Parliament in Brussels ended its contract with G4S.

A few years later, the MEPs demanded the European Commission and the EU’s foreign affairs branch, the European External Action Service (EEAS), to follow the parliament’s lead and end all contracts with G4S. However in 2019 G4S had again secured a four-year contract to provide fire safety and external surveillance at the European Parliament.

„We are deeply concerned about the fact that the Anglo-Danish group G4S provides security to the European Commission/European External Action Service in several European countries.” – the MEPs from the 5 biggest parties in the European Parliament stated.

„G4S is a dually-traded company with worldwide security service operations, frequently accused of human rights violations, starting by violent abuses in the prisons and detention centres it runs” – the letter reads.

Members of the European Parliament recall company’s abuses in the detention centers and prisons in the UK, South Africa, USA, Palestine, Malawi and Mozambik.

„It is unacceptable for the European Institutions to have contractual relations with a firm that is engaged in providing support for activities that constitute breaches of human rights. We therefore urge you to take action to that end.” – the letter reads.

In 2015 G4S won a contract from the European Commission and since become the largest provider of security services for the EU and its institutions. In Belgium, where most of the European Commission buildings are located, they were awarded around €37m for six contracts in 2018. The €38m covers guard services, surveillance, access control and other services and spans some 70 buildings in Brussels.

Despite G4S’ role in human rights abuses in Palestine and across the world, the EU is contracting G4S to provides security services in over two dozen EU oversea delegations e.g: Gabon, Gambia, Sierra Leone, Indonesia, Lebanon, Ukraine and Taiwan among others.

In doing so, the EU is turning a blind eye to the role that G4S plays in Israel’s oppression of Palestinians and in human rights abuses all over the world.