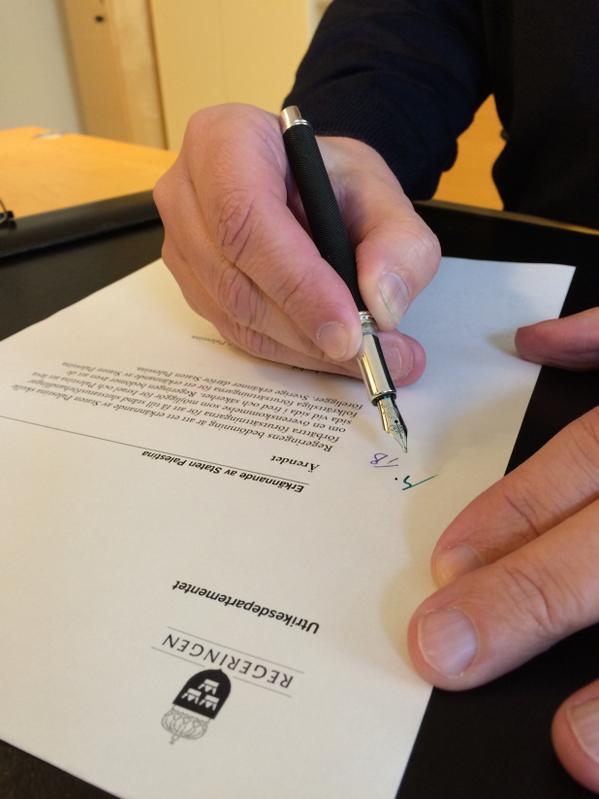 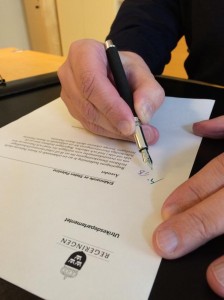 “Today, the government takes the decision to recognise the state of Palestine,” Margot Wallstrom said in a Thursday statement. “It is an important step that confirms the Palestinians’ right to self-determination.”

The 130 other nations that already recognise a Palestinian State include Hungary, Slovakia and Poland although these three countries took this step before joining the EU. Thursday’s declaration was not unexpected; newly-elected Swedish Prime Minister Stefan Lofven announced during his swearing-in speech earlier this month that it would come, although few observers anticipated a formal announcement so soon.

Palestinians are seeking to create a state in the Israeli-occupied West Bank and in Gaza, with East Jerusalem as their capital. They demand also that Israel withdraws from occupied Palestinian territories. With the near collapse of direct peace negotiations with Israel, Palestinian authorities have been trying to lobby the international community to recognise Palestinian sovereignty. The UN General Assembly voted in 2012 to upgrade Palestine’s status to that of a non-member observer, giving Palestinian officials access to UN agencies, but European Union countries had – until Sweden’s announcement – not given their full recognition of a Palestinian state.