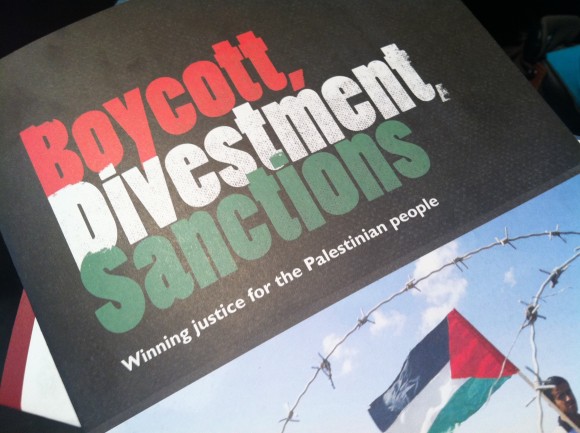 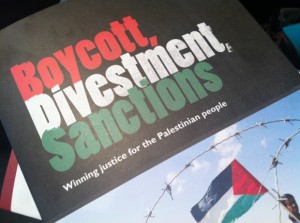 As BDS activists, we are no longer interested in the sterile opposition to normalization generated by the Oslo Accords, but rather in formulating the kind of response that could actually defeat multiple forms of Zionist oppression, i.e, occupation, ethnic cleansing, and apartheid.  The moment the entire international community, civil society and governments, decides to act the same way it did against the apartheid system of White South Africa, Israel would succumb to the voice of reason represented by the 2005 BDS call issued by more than 170 Civil Society organizations and endorsed by almost all influential political forces from right to left of the political spectrum in historic Palestine and the Diaspora

Since the world is showing a growing disapproval of Israel’s occupation of the West Bank and its settlement policies there, the urgent question now is — how long the world will tolerate Israel’s blatant constitutional racism?

The latest BDS success triggered by the American Studies Association resolution to endorse boycott of Israeli academic institutions is, in fact, what we have been calling for since 2004 when the Palestinian Campaign for the Academic and Cultural Boycott of Israel was launched. I, as a resident of Gaza and an academic, have been unable to fathom how it is that some reputable universities sign agreements with Israeli universities despite the policy of ethnic cleansing and the latest war crimes committed against the people of Gaza by Israel. Israeli academic institutions are known to be complicit in Israel’s policy of colonization and apartheid.

Is it not crystal clear, after all these years and thousands of reports by mainstream human rights organizations, that millions of Palestinians are denied the full right to education in the occupied Palestinian territories and in the refugee camps? Think about it, our education is denied because of more than 600 Israeli checkpoints, the medieval siege of Gaza, and the apartheid-like discrimination faced by Palestinian students in Israel. We are discriminated against for the simple fact that we were not born to Jewish mothers.

Thousands of Palestinian students and lecturers are in Israeli dungeons often without trial or sentenced by military courts. All credible international human rights and humanitarian organizations have detailed how the Israeli military deliberately targets Palestinian students and schools including UN schools. Shouldn’t academics and researchers be familiar with those reports?

We believe that it is our right to expect people of conscience, especially academics and students, to join us in our struggle against Israeli apartheid by boycotting this intransigent, racist and militarized Israeli regime and the institutions that keep it thriving.

ASA members must have found it unconscionable that their association remain complicit in Palestinian oppression by pretending to have “business as usual” with apartheid.  We, Palestinians, are an oppressed people without a state. We increasingly rely on international law and solidarity for our very survival.

What we want is the implementation of international law; putting an end to the Israeli military occupation of Arab lands occupied in 1967, fighting against the policy of colonization and apartheid as practiced by Israel against the indigenous population of Palestine of 1948, and the return of Palestinian refugees who were ethnically cleaned in 1948. Now, is that a call for the end of the state of Israel? Was the boycott of apartheid meant to end South Africa as a country, or to end racism in its ugliest from?

Israel is a settler colonialist, Apartheid state and the methods –or tools of struggle– used against Apartheid South Africa can be used as a model in our struggle against Apartheid Israel. Transforming Israel from an ethno-religious Apartheid state into a democracy should  be the objective of every single person believing in liberal democracy in general. But some “liberals” keep whining that one of the “scary aims of BDS” is equal rights and warns that the state of Israel might be in peril if BDS has it’s way!

With pressure imposed by the international community through a BDS campaign similar to the anti-Apartheid campaign which brought Apartheid South Africa to an end, we believe that Israel itself can be pressured to end its multi-tiered system of oppression.

The BDS campaign is intended to lead to satisfying the democratic rights of the Palestinian people in its three components — including of course the Palestinian citizens of the state of Israel who experience Israel’s institutional racism first hand. That is why one of the major demands of the BDS campaign defended by all those who have endorsed the above mentioned BDS call in 2005, is the call for the end of the policy of Apartheid practiced against the Palestinians of 1948. We strongly believe that the struggles of the Palestinian people whether in 1948 or in 1967, that is to say the West Bank and Gaza Strip, and even in the Diaspora are inseparable. That is why we think that our alternative, which is rights-based, to Oslo’s façade of “peace” based on normalization, can provide all Palestinians with a solution that guarantees the right of return and equality for the 1948 inhabitants.

To echo a quote often attributed to Mahatma Ghandi, in 2005 they ignored the BDS call, then they laughed at us, now they are fighting us, then we will, certainly, win!

Author is Associate Professor of Postcolonial and Postmodern Literature at Gaza’s al-Aqsa University. He has written widely on the Arab-Israeli conflict, including articles published at Znet, Electronic Intifada, Palestine Chronicle, and Open Democracy. He has published papers on cultural Studies and literature in a number of journals, including Nebula, Journal of American Studies in Turkey, Cultural Logic, and the Journal of Comparative Literature.

Article was published at Mondoweiss