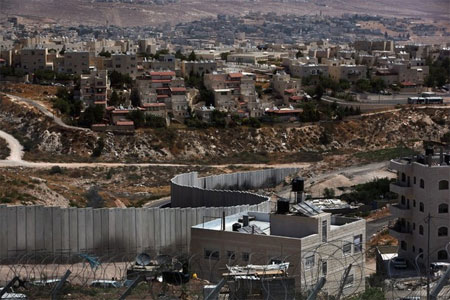 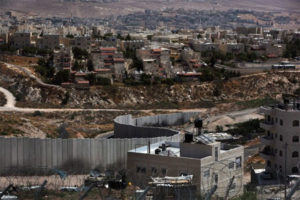 The annual mission report, which is written by all the heads of diplomatic missions of EU member states in the Palestinian Authority is strongly worded and very critical of Israel’s policies in and around Jerusalem. It echoes the position on settlements in the EU Council Conclusions of December 2012, which stated: “The European Union is deeply dismayed by and strongly opposes Israeli plans to expand settlements in the West Bank, including in East Jerusalem, and in particular plans to develop the E1 area.”

The EU Heads of Mission Report 2012 on Jerusalem illustrates  the EU’s concerns and opposition to Israel’s policies in and around East Jerusalem.

According to the report, Israel is “systematically undermining the Palestinian presence” in Jerusalem, through policies including “restrictive zoning and planning, demolitions and evacuations, discriminatory access to religious sites, an inequitable education policy, difficult access to health care, the inadequate provision of resources.”

Authored by EU heads of mission in Jerusalem and Ramallah, the report makes recommendations on settlements that are related to financial translations linked to or supporting Israel’s ongoing construction on occupied Palestinian land.

In a 15-page report, the EU calls to “ensure that imports of settlement products do not benefit from preferential tariffs” and make sure that all such products are clearly labelled as originating from Israeli-occupied areas.

Among others, the Heads of Mission conclude: “Settlement construction remains the biggest single threat to the two-state solution. It is systematic, deliberate and provocative. (…) Israel is actively perpetuating its illegal annexation of East Jerusalem”.

Seven of the report’s 10 recommendations deal with imposing direct or indirect sanctions by the European Union on bodies and organizations involved in construction in the settlements. The recommendation to actively encourage European divestment from the settlements is particularly severe, compared with previous internal EU reports

In its Jerusalem Report 2012, the European Union suggested member states “prevent, discourage and raise awareness about problematic implications of financial transactions, including foreign direct investments, from within the EU in support of settlement activities, infrastructure and services.”

It also warns that EU programmes should not be “used to support settlements and settlement-related activity, including funding for research, education or technological cooperation.” And it proposes member states raise awareness about “the financial and legal risks involved in purchasing property or providing services in settlements.” The consuls gave the example of Israel’s participation in a cooperative program called Horizon 2020, through which the EU invests hundreds of millions of euros in Israeli high-tech firms. Authors of the report noted that some of this funding goes to firms like the research laboratories of the cosmetics company Ahava, which are located near the Dead Sea in kibbutz Mitzpeh Shalem.

Key observations and conclusions from the EU Heads of Mission Report Jerusalem 2012: