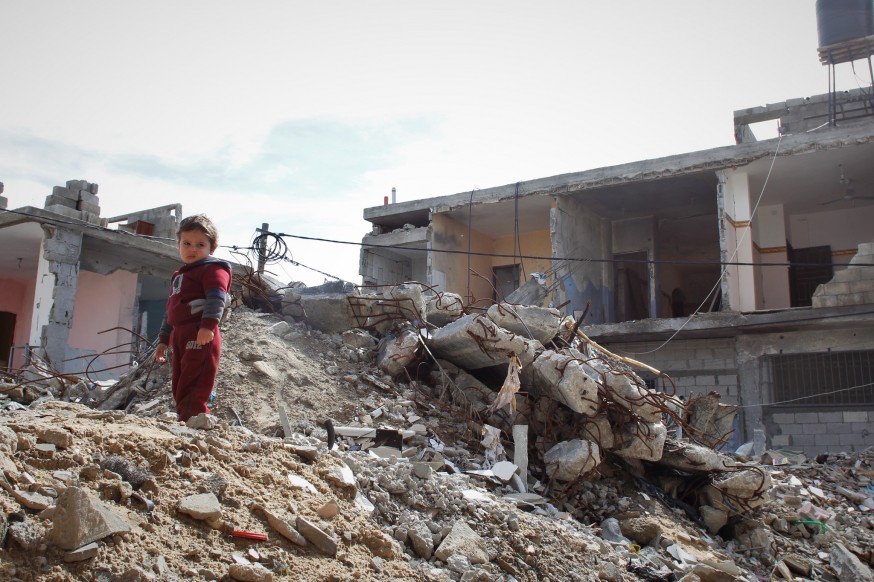 At this time of writing to you, there is a fragile ceasefire following the new military attack by Israel on Gaza. This is the 5th time a massive and disproportionate attack has been carried out on a besieged population of 2 million people in 15 years.

Israel calls it a pre-emptive attack against an imminent threat. There is no way that this can be justified as a defence. It is a brutal, illegal war of aggression against an occupied people.

We all know what happens when an army equipped with the most advanced technology in the world attacks a densely over-populated area with no means of escape. We have all witnessed the disproportionate loss of life and staggering material destruction inflicted upon people whose lives already hang on a thread after 15 years of blockade. This time Israel closed the Gaza border completely for 6 days, resulting in a total shutdown of the only power plant: No electricity, no adequate supply of drinkable water, hospitals under threat of closure due to the depletion of medical stocks and power, leaving them unable to function. This military operation is cutting the last lifeline in Gaza, which has already suffered 15 years of collective punishment. This is one more example of the Israeli strategy of torturing and depriving Gaza’s residents of their basic needs. It is
a way of killing their society. This time Europe has no excuse for standing by.

The international community, including the EU, has a responsibility to protect civilians, since Israel as the occupying power not only fails to do so but also is waging a war of aggression against them. You know very well that calling for restraint has never worked. You are also aware that the inaction of the international community has emboldened Israel to continue to commit war crimes. This time the EU must act. The EU should impose sanctions (military embargo and suspension of the Association Agreement) demanding Israel stop all its aggression on Gaza immediately. As the largest trade partner of Israel, the EU has strong diplomatic tools with which it can exert pressure on Israel. Any delay in doing so will increase the suffering of the people and contribute to further destabilisation of the region.

Besides the obligations arising from international law, Europe has a historic responsibility for the current drama in the region. The EU and the international community must end their double standards and complicity with Israel. It is high time to impose sanctions on Israel, to force it to lift the blockade of Gaza unconditionally and to cease all violations of human rights and international law.

We trust you will treat our concerns with the utmost seriousness and urgency.