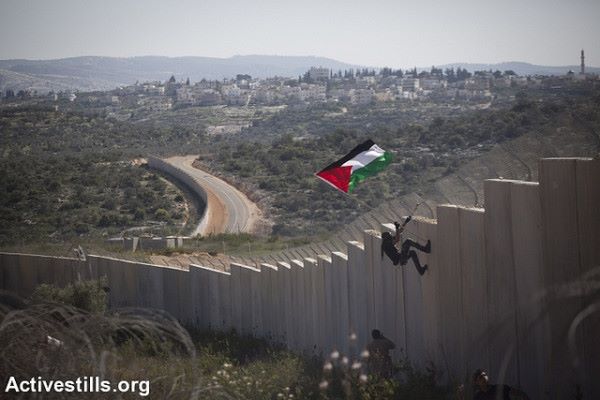 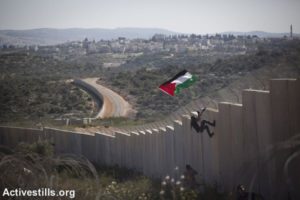 STATEMENT OF THE EUROPEAN COORDINATION OF COMMITTEES AND ASSOCIATIONS FOR PALESTINE (ECCP)1ON THE 10th ANNIVERSARY OF THE ICJ ADVISORY OPINION:

10 YEARS OF ONGOING IMPUNITY FOR ISRAELI ANNEXATION AND APARTHEID POLICIES. IT IS TIME FOR JUSTICE AND ACCOUNTABILITY

On 9 July, 2004, the International Court of Justice (ICJ) issued an Advisory Opinion titled Legal Consequences of the Construction of a Wall in the Occupied Palestinian Territory, in which it concluded that “the construction of the wall being built by Israel, the occupying power, in the Occupied Palestinian Territory, including in and around East Jerusalem, and its associated regime, are contrary to international law”.

The court rejected the Israeli claim that the wall is merely a temporary ‘security barrier’ and established that “construction of the wall and its associated regime create a ‘fait accompli’ on the ground that could well become permanent”, warning that this would be “tantamount to de facto annexation”. It added that this “severely impedes the exercise by the Palestinian people of its right to self-determination and is therefore a breach of Israel’s obligation to respect that right”, which is protected under the UN Charter.

The Court further concluded that “the construction of the wall has led to the destruction or requisition of properties under conditions which contravene the requirements of Articles 46 and 52 of the Hague Regulations of 1907” Respecting the Laws and Customs of War on Land “and of Article 53 of the Fourth Geneva Convention” relative to the Protection of Civilian Persons in Time of War of 12 August 1949. In addition, the wall constitutes various breaches of the UN Human Rights Convention as well as serious violations of peremptory norms of International Customary Law.

Furthermore, the ICJ concluded that “all States are under an obligation not to recognize the illegal situation arising from the construction of the wall, not to render aid or assistance in maintaining that situation and to co-operate with a view to putting an end to the alleged violations and to ensuring that reparation will be made…” It also ruled that “States parties to the Fourth Geneva Convention are obliged to take measures to ensure compliance with the Convention…”.

On 9 July 2014, after a full decade of ongoing injustice and impunity, the wall, the settlements and their associated regime continue to grow at a shocking pace, resulting in the de facto annexation of evermore Palestinian land, the pillage of their natural resources, and the forced transfer of the Palestinian population, including in and around Occupied East Jerusalem. The Apartheid Wall is a crucial brick in Israel’s expansionist project, confining the Palestinian population to (shrinking) segregated enclaves, similar to the manner in which non-whites were confined to Bantustans during the former South African Apartheid era.

Contrary to their obligations under the ICJ ruling, the EU and its member states have failed to exert meaningful pressure on Israel to end its construction of the wall, nor have they taken effective action to hold Israel accountable for its serious violations of international law. Instead of implementing the EU Guidelines on compliance with international law and adopting effective measures or sanctions, the EU has continued its cooperation with Israel without abatement. Moreover, many European companies such as G4S, Elbit, Veolia, Alstom, and others are directly involved in the construction and/or maintenance of the wall and/or settlements, some of whom even benefit from EU funding.

10 years on, compounded by Israel’s latest jeopardizing of more than 20 years of failed ‘negotiations’ in this most recent round, it is time for justice and accountability!

On this 10th Anniversary of the ICJ Advisory Opinion, ECCP urges the EU and its member states to:

1. ECCP is a network of 50 European committees, organizations, NGOs and international solidarity movements, from 20 European countries, dedicated to the struggle of the Palestinian people for freedom, justice and equality.