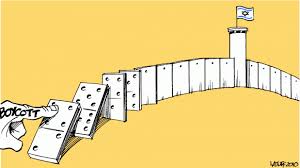 At least 12 more European governments published online guidance warning their citizens and businesses about risks involved in trade and other economic links with illegal Israeli settlements on Thursday and Friday, bringing the total number of countries to publish such advice to 17.

The statements warn businesses about the economic, legal and reputational “risks” of economic ties with illegal Israeli settlements and state that firms should be aware of the “possible abuses of the rights of individuals” such transactions may contribute to.

The announcements are part of a wider effort coordinated among European states prompted by lobbying by civil society organisations such as the European Coordination of Committees for Palestine (ECCP) and MEPs, who have been arguing that governments should do more to prevent European firms from trading with or providing services to illegal Israeli settlements.

“Hopefully these announcements will contribute to the quickly shifting attitudes towards illegal settlements among investors and businesses, and European firms such as G4S, CRH and Volvo will end their participation in Israel’s settlement regime.”

“But against the backdrop of Israel’s continued collective punishment of Palestinians and its on-going efforts to colonise Palestinian land, these new steps seem disproportionately weak.”

“Israel’s complete disregard of basic human rights and its sabotage of every effort to reach a just peace based on international law must lead to real, not just cosmetic, consequences.”

“We call on all governments across the world to meet their legal and moral obligations to hold Israel to account. They should implement a binding ban on economic links with settlements, impose a military embargo and suspend free trade agreement with Israel.”

“Governments must implement the ruling of the International Court of Justice and meet their legal obligation to not recognise or assist Israel’s settlement regime. At a minimum, these means a legally binding ban on economic links with Israeli settlements.”

The International Court of Justice ruled Israel’s apartheid Wall and settlement regime to be illegal ten years ago this Wednesday. The ruling also stated that states have a responsibility to hold Israel accountable and to not provide Israel’s illegal acts with assistance or recognition.

“The guidance published by EU countries is a welcome but non-binding step. European governments must do more to prevent corporations headquartered in their country from participating in Israeli crimes, including by proactively addressing the worst cases of corporate abuses of Palestinian rights and prosecuting companies that help Israel to violate international law.”

“The impact of these measures is further undermined by the fact that other economies are still lacking even these first, basic steps to reduce complicity in the Israeli settlement enterprise. The BNC is concerned about Israeli announcements to shift investments and exports to emerging markets in the global south.”

In September, the Dutch government intervened to stop engineering firm Royal HaskoningDHV from becoming involved in a settlement infrastructure project, an example Palestinian campaigners say other countries should follow.

In June of last year, the European Union implemented new guidelines stating that the EU cannot recognise Israeli sovereignty in the occupied Palestinian territories and preventing entities based in settlements from receiving EU grants and Israeli bodies with operations in settlements from applying for EU loans.

On Friday, Dutch pension giant ABP divested from two Israeli military companies, becoming the latest in a long line of European funds to exclude companies over their participation in Israeli crimes.

UK high street chain John Lewis announced last week that it shall no longer stock products from SodaStream, an Israeli company that operates in an illegal Israeli settlement, while a SodaStream shop in Brighton in the UK has been forced to close after 2 years of weekly demonstrations by local campaigners.

British security firm G4S last month announced that it does not intend to renew its contract with the Israeli Prison Service when it expires in 2017. The decision follows more than 2 years of campaigning that has seen the company lose millions of dollars of contracts and mainstream investors such as the Bill Gates Foundation and the US United Methodist Church exclude the company from its investment portfolio.

The campaign against G4S is set to continue until it completely ends its complicity with Israeli crimes.