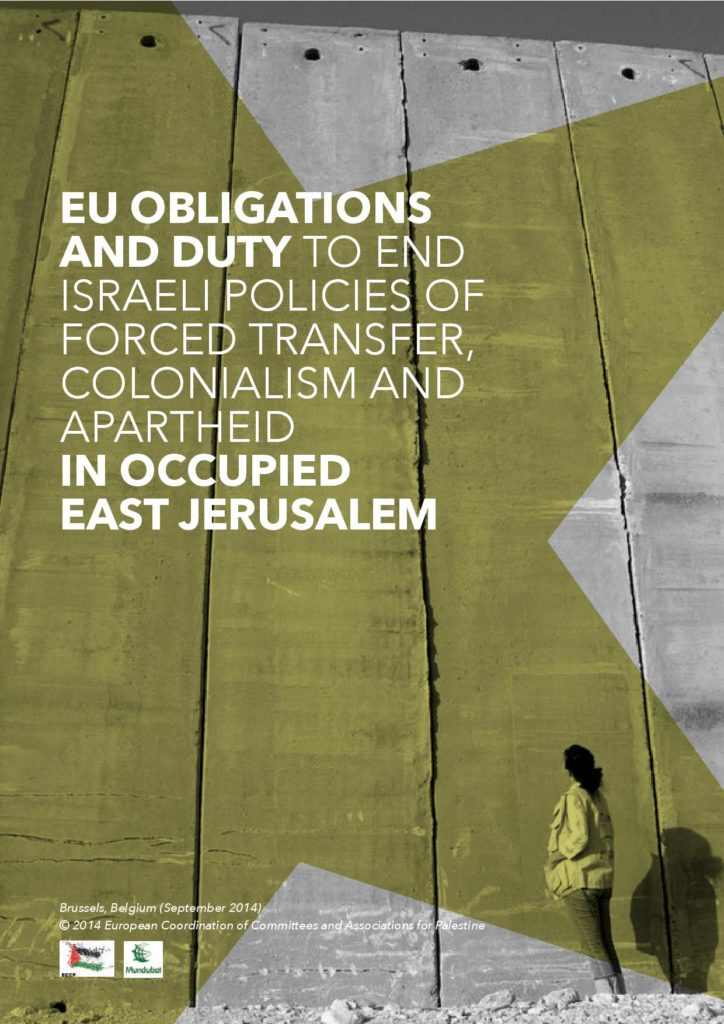 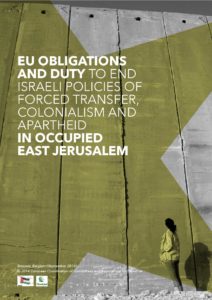 While Israel has benefitted from an increased privileged relation with the EU, as demonstrated by the signature of several agreements like EU-Israel Association Agreement, 4th Agreement for Scientific and Technical Cooperation, ACAA, Comprehensive Aviation Agreement, Global Navigation Satellite System (GNSS) and Horizon 2020, Palestinian people from OPT as well as those holding Israeli citizenship have suffered continuous deliberate gross violations of Human Rights by Israel, including their right to self-determination.

Among the 10 Mediterranean partners of European Union’s Neighbourhood Policy (ENPI), Israel is EU’s best commercial partner, with a total volume of trade between both parts amounted to 29.4 billion euros in 2013.

As required by Article 2 of EU-Israel Association Agreement, the relationships between the EU and Israel, as well as all the provisions of the Agreement itself, shall be based on “respect for human rights and democratic principles, which guides their internal and international policy and constitutes an essential element of this Agreement”. A non-execution clause introduced by Article 79 of the Agreement complements Article 2 and provides the legal mechanisms through which either party can take “appropriate measures”, i.e. suspension of the agreement, in case of the violation of democratic principles or human rights.

Although Articles 2 and 79 of EU-Israel Agreement and Article 16 d) of Guidelines on promoting compliance with international humanitarian law (IHL) allow for adoption of sanctions in response to Israel’s violations of human rights, EU has favoured over the last decade a so-called more “incentive-based” approach to the promotion of human rights in its relations with Israel. But this “carrot policy” has not been effective. In a context of gross and serious violations of IHL and IHRL peremptory norms, EU is has to suspend its Association Agreement with Israel.

As third States, European Union and EU Member States have the political and moral DUTY and the legal OBLIGATION to put an end to Israeli policies of forcible population transfer, colonialism and Apartheid in Occupied East Jerusalem. In order to ensure that they abide with their duty and obligations, we REQUEST: