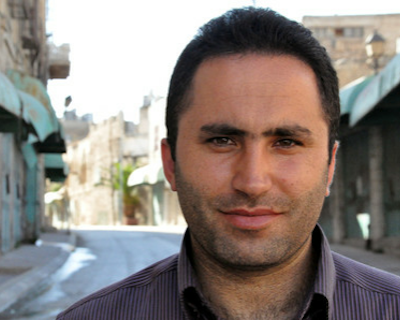 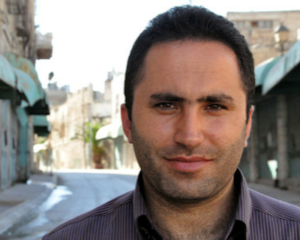 Honourable Members of the European Parliament

On 28 April 2013, a settler in the West Bank area of Tel-Rumeida spat in the face of human rights defender Mr Issa Amro and threatened to kill him. The incident is part of an ongoing defamation and harassment campaign against the human rights defender and his family by a community of Israeli settlers. It happened in the presence of an Israeli soldier who reportedly gave an incorrect testimony to the Israeli Police when they arrived on the scene, saying that Issa Amro provoked the settler and that the settler never spat in his face. On 23 April 2013, Issa Amro had received an anonymous phone call during which the caller threatened to kill him if he did not halt his work.

Issa Amro is a prominent human rights defender and founding member of many non-violent organisations in Hebron who work peacefully against Israeli occupation of the West Bank. Amongst these organisations are the Hebron branch of the International Solidarity Movement (ISM), the Arab Non-Violence Network, Youth Against Settlements and the Hebron Defenders. He won the One World media award in 2009 for his involvement in B’Tselem’s “Shooting Back” project, which provides media training and distributes cameras to Palestinians to document settler and military abuse. Issa Amro’s work with these organisations, amongst others, led to his winning the UN OHCHR ‘Human Rights Defender of the Year in Palestine’ award in 2010.  Issa Amro is well known by members of the European Parliament since he is accompanying EP delegations in Palestine (the last one took place in May 2013)

The latest incidents are part of an ongoing campaign against Issa Amro which has included labelling the human rights defender a terrorist. On 20 March 2013, a letter from settlers to Israeli security forces accused the human rights defender of terrorism and incitement, warning that a failure of the Israeli authorities to remove him “could be costly”, and threatening “bloodshed”. In the letter, the mayor of the Hebron Municipal Council and the director general of the Hebron Jewish Community insist that army commanders “use administrative detention until you are able to find a long-term solution to completely end this hostile and dangerous activity” referring to Issa Amro’s extensive work with various human rights groups.

Issa Amro is particularly concerned about that letter because of the status and influence of its authors. Since the publication of the letter, several Zionist websites have issued calls for his execution, publishing various pictures of his face marked by red circles. Moreover, various websites depict the human rights defender as a terrorist.

We believe that Issa Amro has been targeted solely as a result of his legitimate and peaceful human rights work, and we are deeply concerned about the human rights defender’s physical and psychological security

According to the EU`s Common Foreign and Security Policy (CFSP) all the EU`s relations with non-EU countries aim “to develop and consolidate democracy and the rule of law and respect for human rights and fundamental freedoms.”

Therefore we ask you to put pressure on Israeli authorities and urge them to:

1. Carry out an immediate, thorough and impartial investigation into the death threats and defamation campaign against human rights defender Issa Amro, with a view to publishing the results and bringing those responsible to justice in accordance with international standards;

2. Take all necessary measures to guarantee the physical and psychological integrity and security of Issa Amro;

3. Guarantee in all circumstances that all human rights defenders in the West Bank are able to carry out their legitimate human rights activities without fear of reprisals and free of all restrictions.

The Russell Tribunal on Palestine