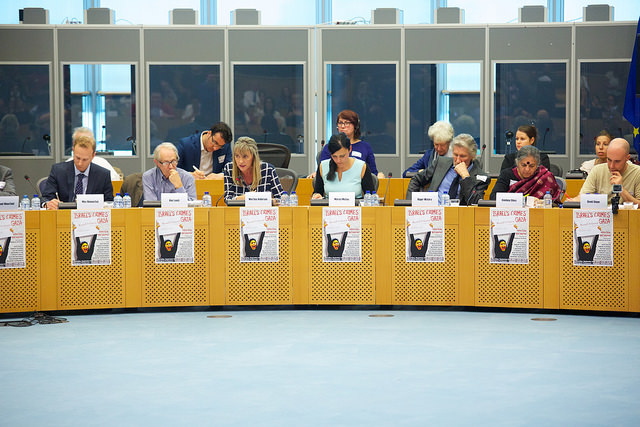 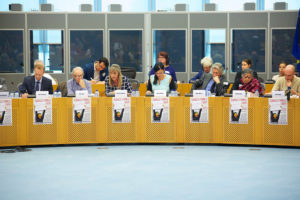 Members of the jury and witnesses from the tribunal were present in the European Parliament to meet MEPs and present the Tribunal’s findings.

The Russell Tribunal’s extraordinary session on Gaza examined Israeli attacks on civilians and civilian infrastructure during ‘Operation Protective Edge’ in July and August of this year.

According to the United Nations, 2,131 Palestinians were killed during Israel’s latest 50-day offensive. Of those 501 were children, about 70 per cent of them aged under 12 according to UNICEF.

MEP Matias has echoed calls from the jury and the witnesses of the Russell Tribunal on Palestine (RToP) for the EU to adopt restrictive measures against Israel, specifically a suspension of the EU-Israel association agreement, a comprehensive arms embargo, and to advocate and act for the implementation of the International Court of Justice recommendations in its 2004 Advisory Opinion on the legality of the Wall.

MEP Martina Anderson said: “What we’ve heard at the Tribunal was heartfelt and insightful. It was shocking to hear about the IDF Hannibal Directive and other inhumane tactics used by Israelis in Gaza this summer. Not to mention the impunity of Israeli cultural, political, academic and religious leaders in inciting hatred of Palestinians.”