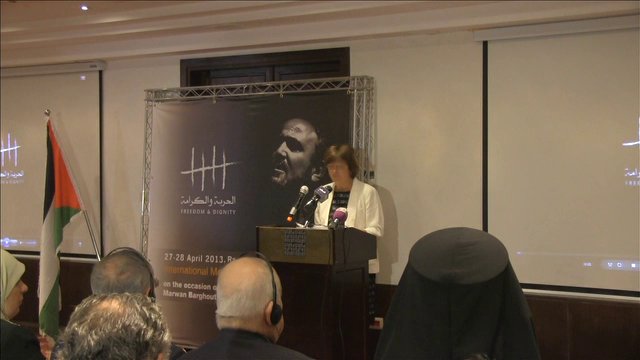 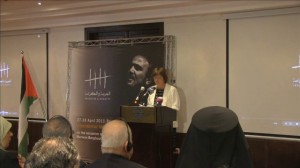 Members of DPLC visiting East Jerusalem and the West Bank from 27 April to 2 May 2013 and taking part in the international meeting “Freedom and Dignity” in Ramallah on behalf of the EP Delegation for relations with the Palestinian Legislative Council, issued the following statement:

“The European Parliament passed a Resolution on 14 March 2013 expressing concern about the conditions under which Palestinian prisoners are being held in Israeli prisons and called for a factfinding mission to “assess the current situation”. The debates and conclusions of the Conference in Ramallah confirmed the Members’ view that such a fact-finding mission should be held as a matter of urgency.”

“The issue of the Prisoners is inextricably linked to the achievement of a just and lasting peace in the region.”

“The Freedom of the Palestinian People has been crushed by the occupation. The Delegation witnessed how Palestinians are denied basic rights and freedoms such as:”

“Freedom of movement as checkpoints restrict the access to work and schools and the separation wall has annexed vast tracts of the West Bank, disconnecting families and preventing Palestinians from conducting their daily lives. This is particularly evident in East Jerusalem where the permit system adds further obstacles to mobility.”

“Freedom to live without harassment as Israeli settlers engage in violence against Palestinian people and their properties with impunity, as Israeli Police fail to investigate and charge the perpetrators.”

“Freedom to develop their homes and their lands, as a two-tier planning system allows Israeli settlements to develop and expand while Palestinians homes and essential infrastructure are being demolished daily.”

“Freedom to live peacefully as Bedouins in the Jordan Valley are evacuated from their homes at short notice for days on end.”

“Freedom to walk and drive on the same streets as Israelis as witnessed in Hebron.”

“Freedom of Governors, Mayors and the business community to develop the economic sustainability of their towns and villages as taxes are withheld, economic projects denied permission as in Jenin, Hebron and Bethlehem.”

“Freedom to access to natural resources such as water as settlement consumption per capita far exceeds that of Palestinians.”

“The Delegation expressed their concern that these actions are part of a strategic plan by the Israelis to force Palestinians off their lands and remove their residency rights, particularly in the Jerusalem area. This policy along with the Separation Wall has resulted in the agreed boundary based on the 1967 borders being pushed back even further, effectively annexing large tracts of Palestinian lands as agreed by the Oslo Accords in 1993.”